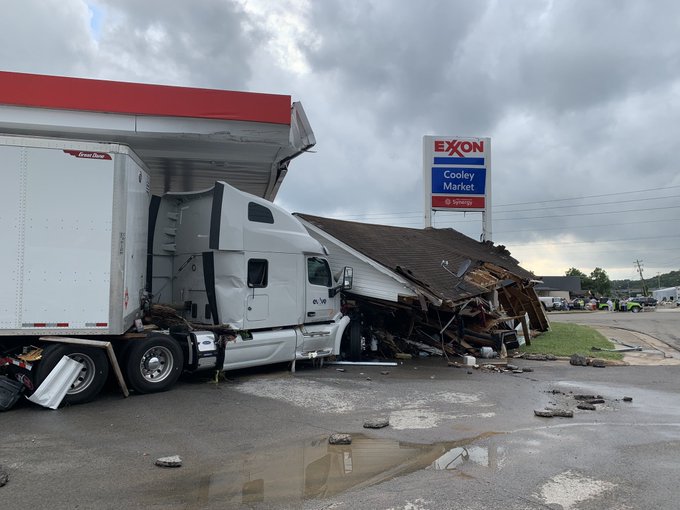 Ten people were dead and more than 30 were missing as heavy flooding hit parts of Tennessee on Saturday, a sheriff’s official said.

Two of the dead appeared to be twin toddlers who were swept away from their father, Humphreys County Sheriff Chris Davis told NBC affiliate WSMV in Nashville. He said the siblings’ bodies had been recovered.

Davis told the station that no one should travel unless absolutely necessary, and an 8 p.m. curfew was in effect Saturday. The county about 70 miles west of Nashville was also under a flash-flood warning.

The Tennessee National Guard was activated to assist with water rescues.

“Soldiers and Airmen from the Tennessee National Guardsmen are supporting state, county, and local emergency responders assist the citizens of Humphreys County that have been impacted by the flash flooding on Aug. 21,” the guard tweeted.