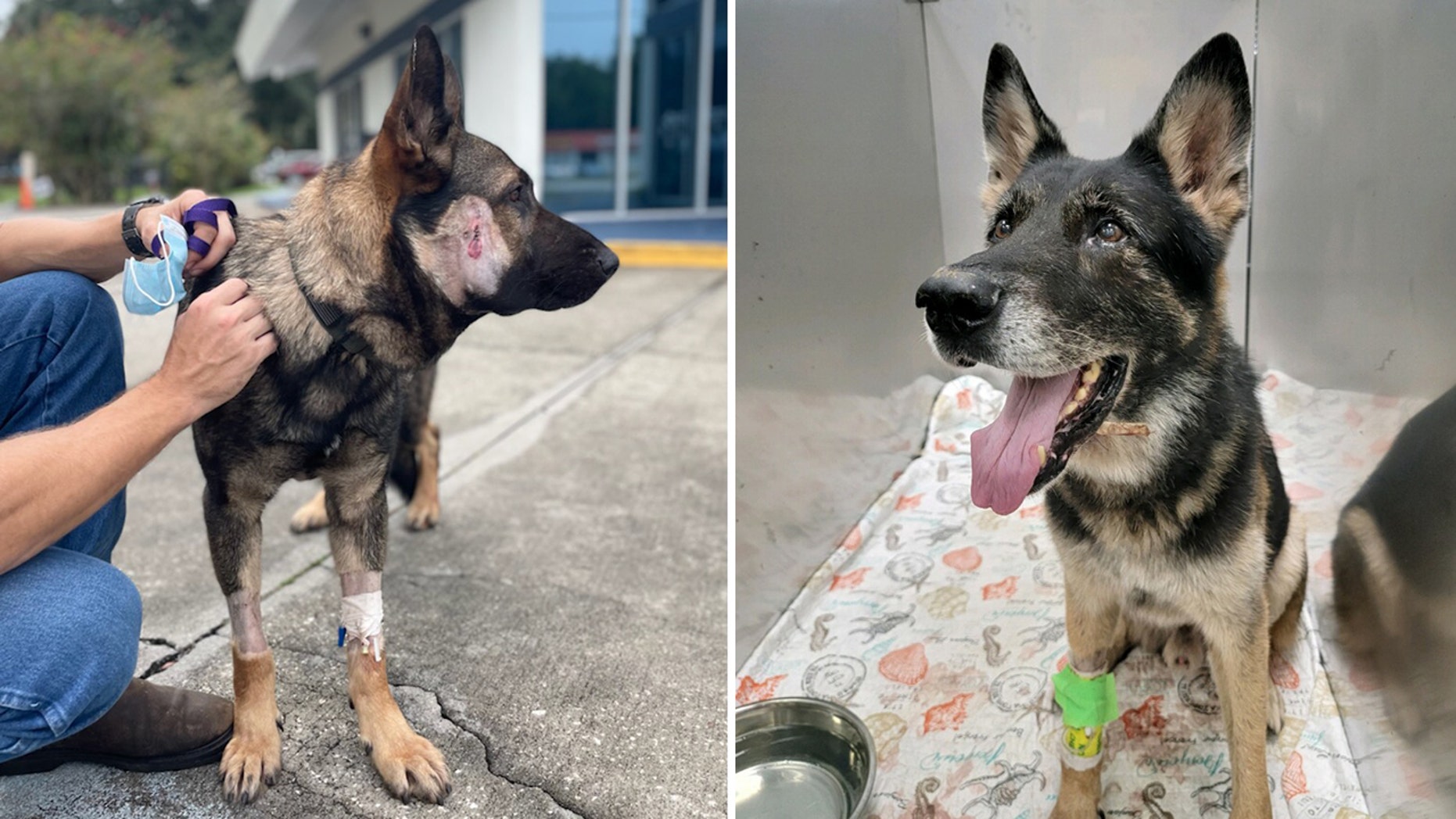 Two K-9s with a local sheriff’s office in Florida are recovering after an armed carjacking suspect shot both dogs during a police pursuit early Saturday, authorities said.

“There is no doubt that K-9 Ax and K-9 Endo took bullets that were meant for my deputies,” Sheriff Mike Chitwood said in a media briefing Saturday afternoon. “If the deputies would have gone into the woods, the first person to come in contact with Singleton, without a doubt, would have been shot.”

Chitwood praised the dogs, saying both had to be pulled away from the suspect even after they were shot. Both K-9s were back on their feet Sunday and are continuing to recover.

The incident happened early Saturday after the suspect directed his Lyft driver to take him to a remote road, where he then carjacked the white Kia Sedona minivan at gunpoint.

When deputies located the minivan, the suspect bailed out near the Deltona Gardens Apartments and ran into a wooded area.