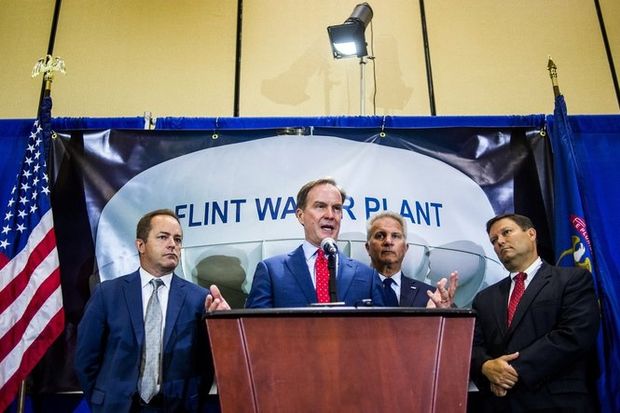 FLINT, MI – Michigan Attorney General Bill Schuette has charged five water officials — including a member of Gov. Rick Snyder’s cabinet and a former emergency manager — with manslaughter related to their alleged failure to act in during the Flint Water Crisis.

Involuntary manslaughter is a felony punishable by up to 15 years in prison and/or a $7,500 fine.

The manslaughter charges are connected to the death of Robert Skidmore, who died Dec. 13, 2015, due to the area’s Legionnaires’ disease outbreak.