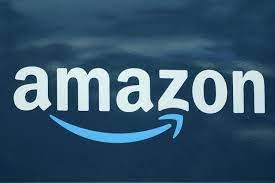 An organizational psychologist formerly employed by Amazon on the management team of a Spokane distribution center claims he was fired for speaking up about bullying and inappropriate behavior by a key leader at the massive, roboticized warehouse.

Jonathan Fahlberg, formerly a senior business partner for human resources, contends Amazon management failed to respond when he raised concerns about his supervisor, who he claims propositioned him and then retaliated against him. Instead, they were both summarily fired in late 2020 after Fahlberg made a formal request for support.

In an employment discrimination lawsuit filed in Spokane County Superior Court, Fahlberg contends he was fired in part because he is gay. Fahlberg, 46, said he found himself on the receiving end of an Amazon HR system he says fails to support workers or remove toxic managers.

“Given that they’re approaching being the world’s largest employer,” he said, “they think they can do anything.”