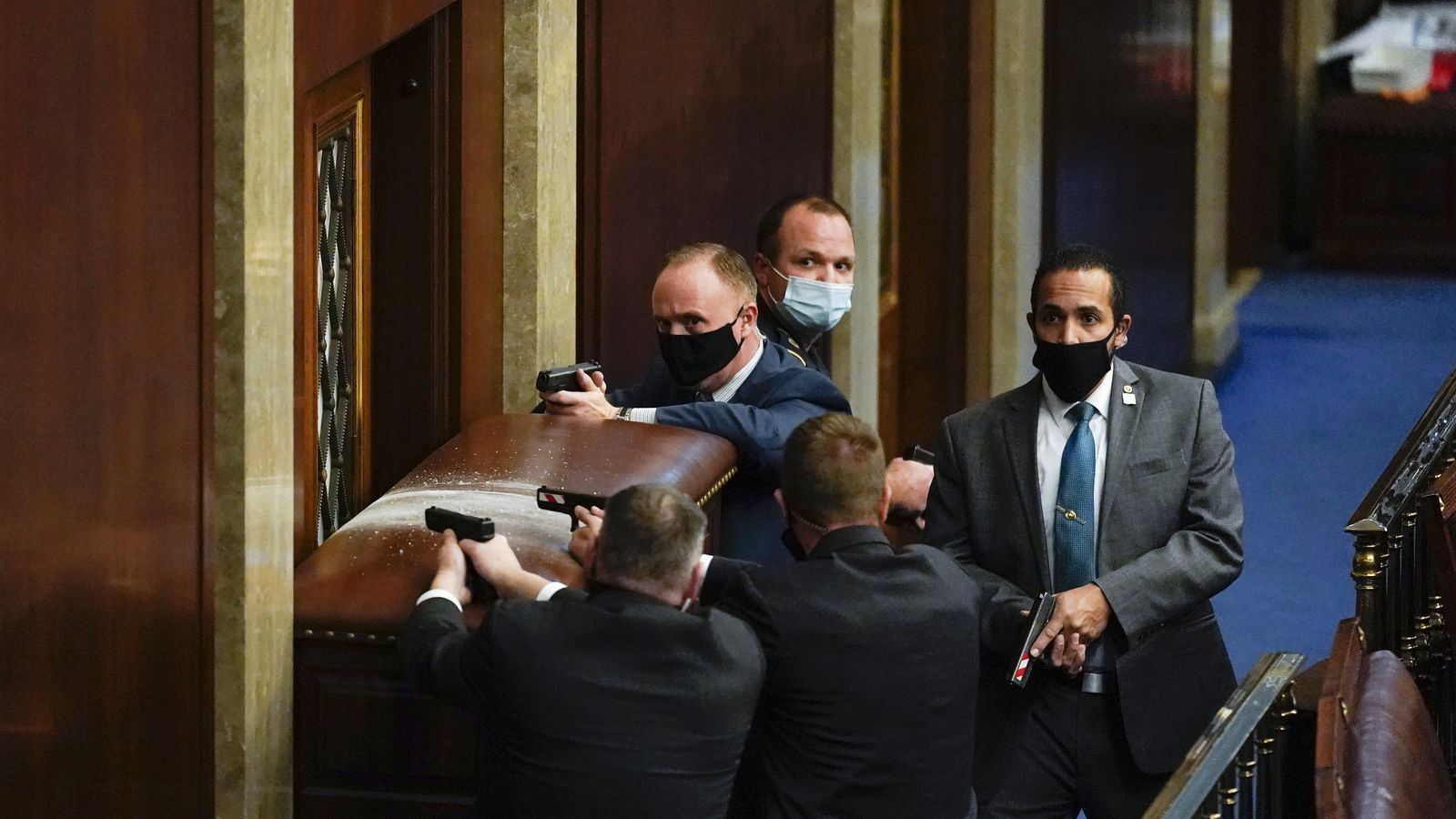 Here’s the latest on Congress’ tally of the Electoral College vote won by Joe Biden, which has been interrupted by pro-Trump demonstrators:

Pressure is mounting on President Donald Trump to condemn supporters who are violently clashing with law enforcement on Capitol Hill.

Among those urging Trump to act: his former communications director, Alyssa Farah, who tweeted that Trump should “Condemn this now.”

She says, “you are the only one they will listen to. For our country!”

Dozens of people have breached security perimeters at the Capitol, forcing the lockdown of the building and halting the vote to certify Joe Biden’s presidential victory.

Protesters backing President Donald Trump have breached the U.S. Capitol, forcing a delay in the constitutional process to affirm Joe Biden’s victory in the November election.

Trump urged his supporters to come to Washington to protest Congress’ formal approval of Biden’s win. Several Republican lawmakers have backed his calls, despite there being no evidence of fraud or wrongdoing in the election.

Protesters are now inside the Senate chamber. One got up on the dais and yelled “Trump won that election.”

Several dozen are roaming through the halls, yelling, “Where are they?”

Some were also in the visitors’ galleries.

Law enforcement instructed lawmakers to retrieve masks from under their seats amid the clashes. The Capitol building was placed on lockdown, as Trump supporters marched through evacuated public spaces in the building.