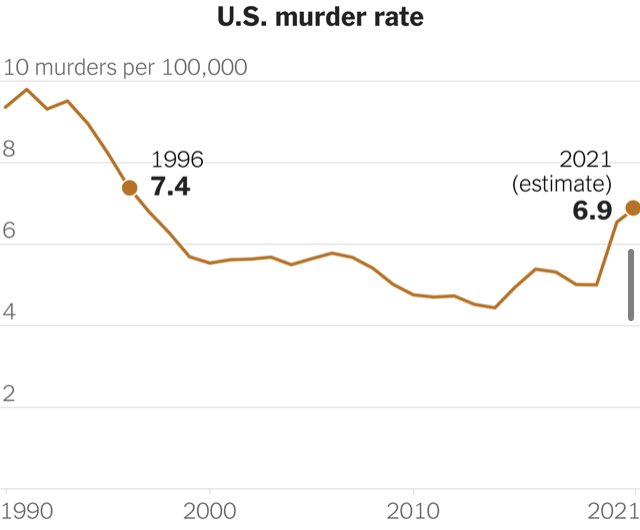 The 2021 United States murder rate is estimated to be nearly as high as it was in 25 years ago, when more than 19,600 people were killed nationwide, according to statistics shared in a recent report.

The murder rate was estimated to be 6.9 murders per 100,000 people in 2021 – just 0.5 lower than the 1996 murder rate of 7.4, according to FBI data examined by data analyst Jeff Asher and shared by the New York Times. It’s the closest the nation has come to the high-crime scourge of the early 90s.

The FBI estimated that 19,645 people were murdered in 1996. Meanwhile, 2021 ended with several cities – Chicago, New York, Los Angeles, and Minneapolis, to name a few – reporting upticks in murders.