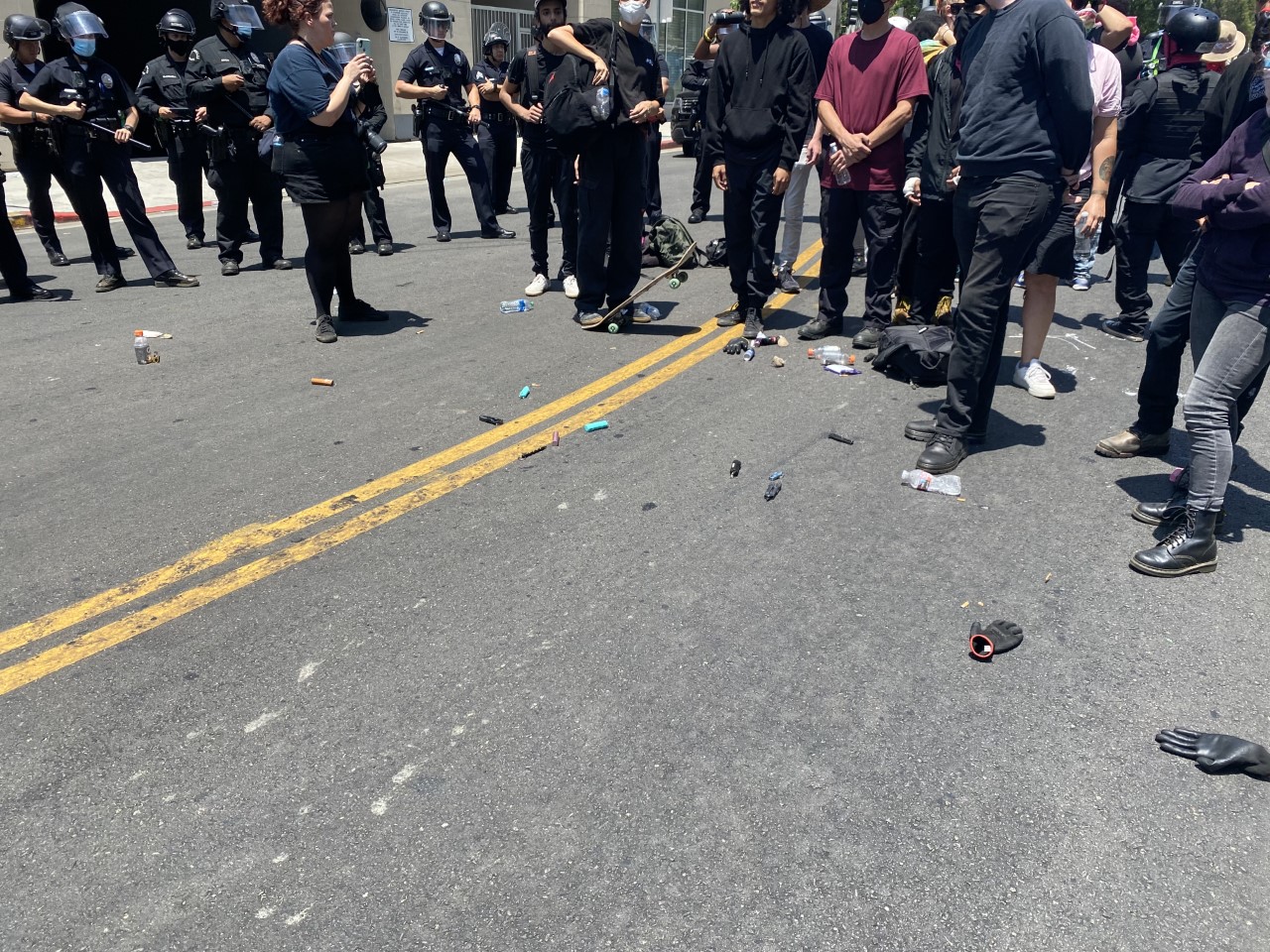 Protesters and counter-protesters descended on a Korean spa in Los Angeles that became the latest culture war flashpoint just weeks ago when a customer complained that a transgender woman allegedly disrobed in the women’s area.

Antifa counter-protesters clashed with baton-wielding LAPD officers near the spa on Saturday, according to videos posted by independent journalist Brendan Gutenschwager.