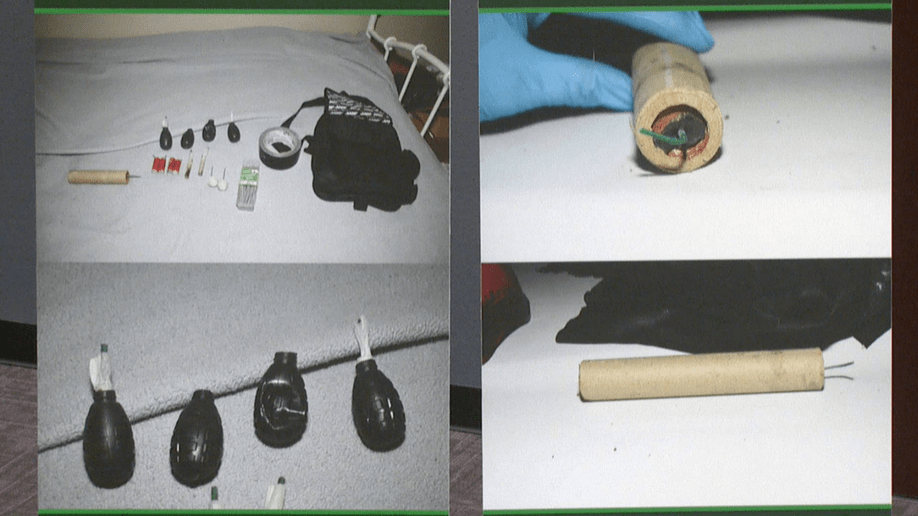 A Florida man was arrested after running away from a protest in support of a Jan. 6 rioter, and was found with a pipe explosive device in his backpack, police said.

Pinellas County Sheriff Bob Gualtieri said in a Friday press conference that Garrett Smith, 22, was seen running away from a crowd of 85 protesters who were gathering in support of Jeremy Brown on Thursday, claiming that he is a “political prisoner.”

Smith was arrested by police shortly after 7:30 p.m., and police searched his backpack and found a pipe explosive device, along with a “Direct Action Checklist,” which lists what clothing he wore, along with “gear,” including a “gas mask and filters, pepper spray, smoke rockets and flammable rags,” according to Gualtieri.