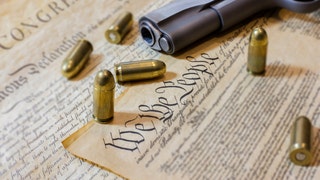 An armed robber was shot in the face in Texas when his victim pulled out his own gun and shot at him, just days after a Texas law went into effect allowing residents to carry handguns without permits.

“He was shot in the face one time. He’s at the hospital. He’s going to live. He’s conscious and breathing right now,” Houston Police Department Lieutenant R. Willkens said.

The incident unfolded Wednesday evening in Houston when the victim was walking to a local Shell gas station to make a few purchases, SBG San Antonio reported.