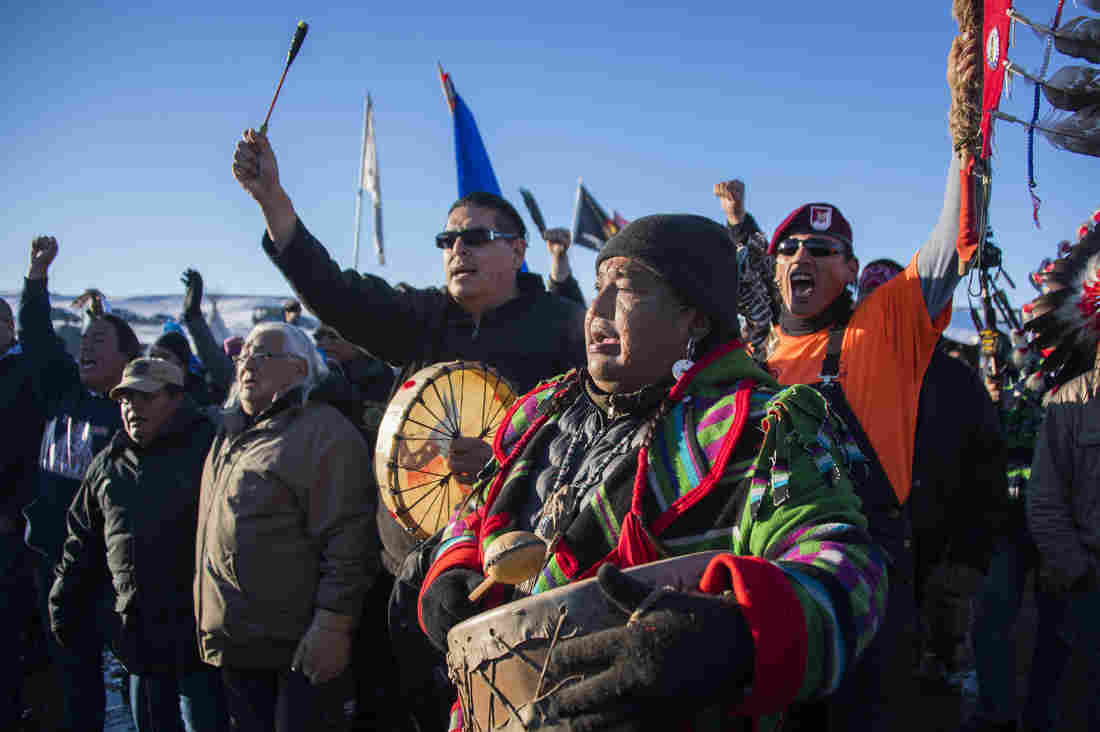 Protesters celebrate at Oceti Sakowin Camp earlier Sunday. The Army Corps of Engineers notified the Standing Rock Sioux that the current route for the Dakota Access Pipeline will be denied.

The Army Corps of Engineers has decided to deny a permit for the construction of a key section of the Dakota Access Pipeline.

The decision essentially halts the construction on the 1,172-mile oil pipeline about half a mile south of the Standing Rock Sioux Reservation. The decision is also a victory for the thousands of demonstrators across the country who flocked to North Dakota in protest.

“Our prayers have been answered,” National Congress of American Indians President Brian Cladoosby said in a statement. “This isn’t over, but it is enormously good news. All tribal peoples have prayed from the beginning for a peaceful solution, and this puts us back on track.”

Jo-Ellen Darcy, the Army’s assistant secretary for civil works, said after talking with tribal officials and hearing their concerns that the pipeline could affect the drinking water, it became “clear that there’s more work to do.”