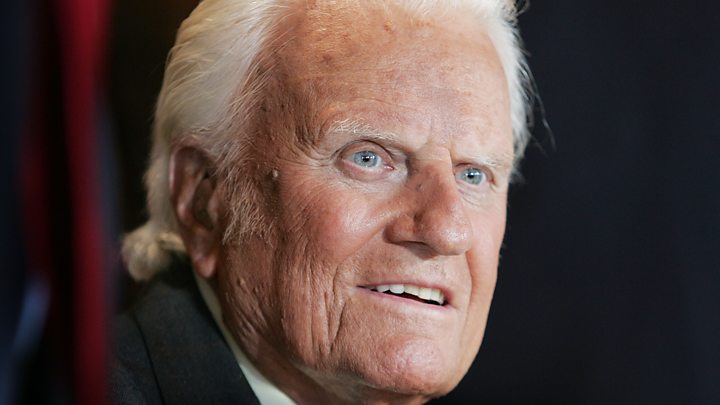 US evangelist Billy Graham – one of the most influential preachers of the 20th Century – has died aged 99.

He died at his home in Montreat, North Carolina, a spokesman for the Billy Graham Evangelistic Association said.

In a 60-year career, he is estimated to have preached to hundreds of millions of people around the world.

Former presidents are among the many who have been paying tribute. President Trump called him “great” and a “very special man”.

After becoming one of the best-known promoters of Christianity in the US, Graham embarked on his global mission with an event in London in 1954.

Graham reached millions of worshippers through TV – the first to use the medium to convey the Christian message on such a scale.