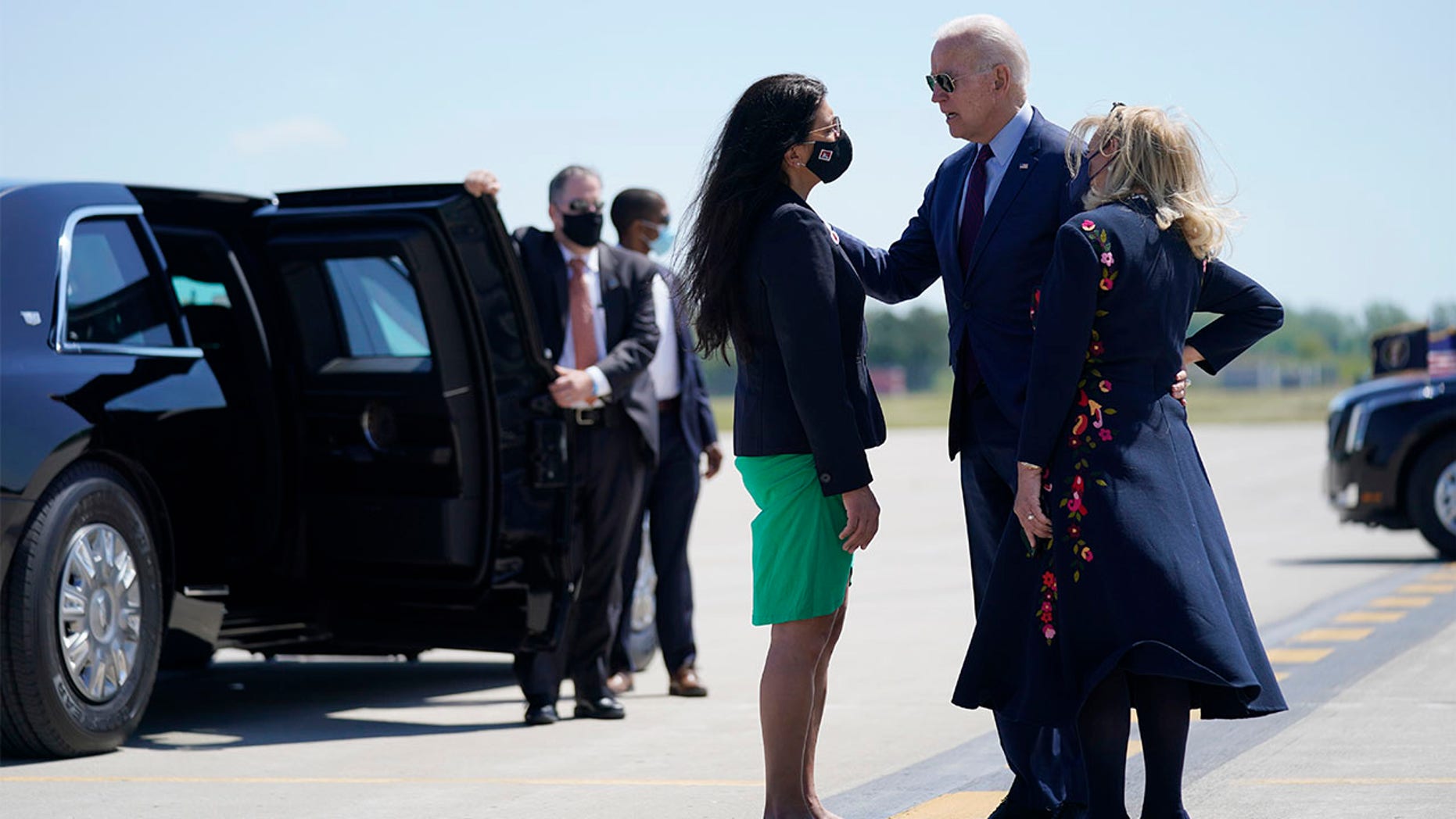 Tlaib refused to say what she and the president discussed, but at one point Biden patted the congresswoman’s shoulder. Later, during a speech in Dearborn, he lavishly complimented her.

“I want to say to you that I admire your intellect, I admire your passion, and I admire your concern for so many other people. And it’s from my heart,” Biden said later of Tlaib during his speech at the Dearborn Ford factory. “I pray that your Grandma and family are well, I promise to do everything you see that they are in the West Bank.”

“You’re a fighter,” he added, though he mistakenly referred to her as Rasheed. “And God, thank you for being a fighter.”

Tlaib has been fiercely critical of Biden and the State Department’s handling of the recent conflict between Hamas and Israel.