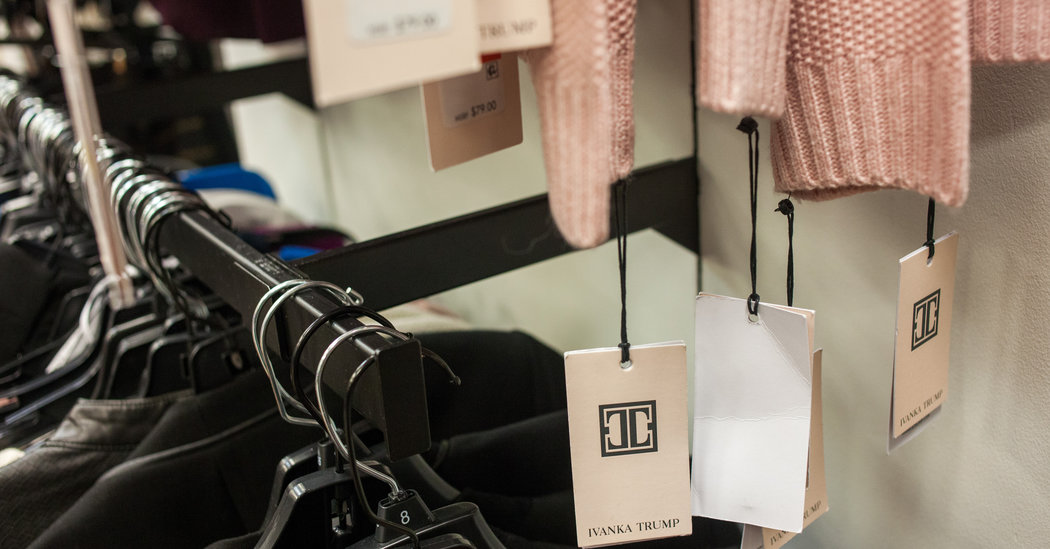 At a time when social movements can begin online, brands face more pressure than ever to respond to consumer demands. Organizing a protest or calling for a boycott has never been easier.

Chris Allieri, a marketing consultant with Mulberry & Astor, said, “Before he became president, I think that a lot of consumers were indifferent to the Trump brand.” Mr. Allieri added, “It’s going to be harder for people to ignore the connection.”

“Boycotting our brands only harms hard-working employees and their families and is counter to the positive progress that we should all be encouraging and delivering at a time when our nation seems so divided,” Marty Maloney, a spokesman said.

“Retailers around the country are going to say, do we need the aggravation or not,” said Wendy Liebmann, chief executive at WSL Strategic Retail, a consulting firm. “It’s hard to imagine that if a brand is really, really doing well, a retailer like a Nordstrom or Neiman Marcus would cut off their nose to spite their face.”

Representatives for Macy’s, which sells Ms. Trump’s clothing, handbags and shoes did not respond to requests for comment. The retailer dropped Mr. Trump’s clothing line early in his campaign after he called Mexican immigrants “killers” and “rapists.”