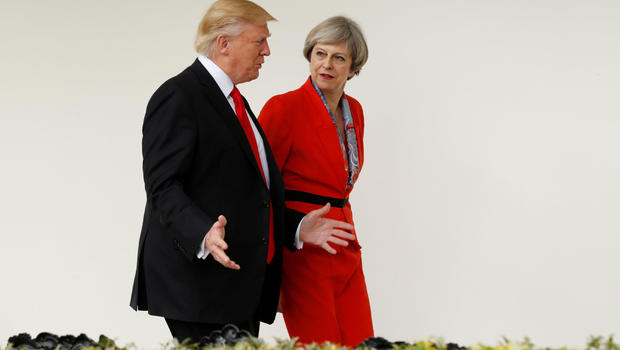 British Prime Minister Theresa May waded into the international debate over President Trump’s travel ban Thursday, blasting the executive order as “wrong” during a news conference.

“We thought that was wrong, that was divisive,” May said of the ban, which halts entry into the U.S. for any refugees and citizens of seven predominantly Muslim countries. “It is not a policy that the United Kingdom would adopt.”

But the British prime minister’s most recent reaction echoes objections from other foreign leaders to the ban, which affects nationals from Syria, Iraq, Iran, Yemen, Libya, Somalia and Sudan.

German Chancellor Angela Merkel criticized the executive order last month, saying that “the necessary and decisive fight against terrorism in no way justifies a general suspicion against people of certain beliefs, in this case people of the Muslim faith or from a certain origin.”