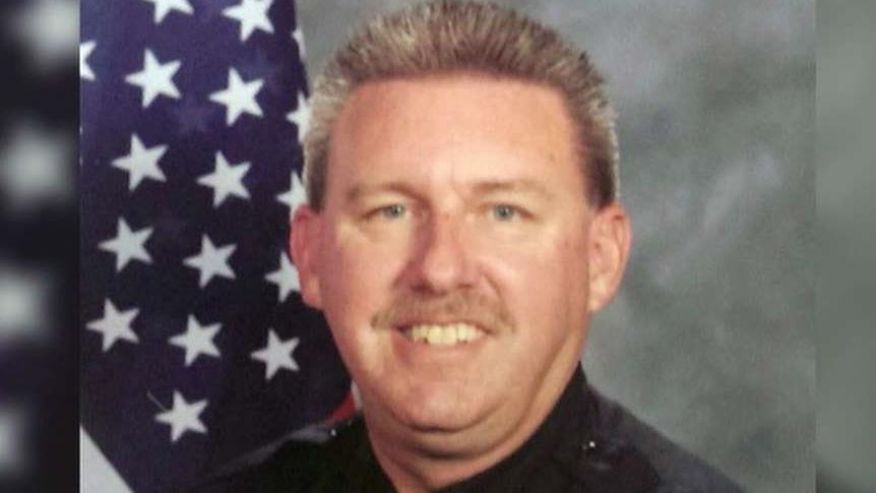 A suburban Los Angeles police chief blasted California’s criminal justice reform initiatives Tuesday, one day after a recently paroled gang member fatally shot one of his officers and wounded another.

“We need to wake up. Enough is enough,” Whittier police Chief Jeff Piper told a news conference. “You’re passing these propositions; you’re creating these laws that are raising crimes. It’s not good for our communities and it’s not good for our officers, What you have today is an example of that.”

Michael Christopher Mejia, 26, was arrested Monday after Whittier police Officer Keith Boyer was fatally shot and Officer Patrick Hazell was wounded as they responded to the site of a traffic accident.

Investigators say Mejia, a gang member whose face is covered in tattoos, killed his cousin, Roy Torres, 46, earlier Monday in East Los Angeles before stealing Torres’ car. Mejia was driving through Whittier when he rear-ended another vehicle.

When Boyer and Hazell arrived at the scene, a driver pointed them to the vehicle that had rear-ended his car. As the officers approached Mejia, police said, he opened fire and the officers shot back.

Mejia was injured in the ensuring gun battle and remained hospitalized Tuesday.

Mejia was sentenced to four years in prison in 2010 on a felony robbery charge as a member of a street gang and was paroled in 2014, according to Jeffrey Callison, a spokesman for the California Department of Corrections and Rehabilitation.