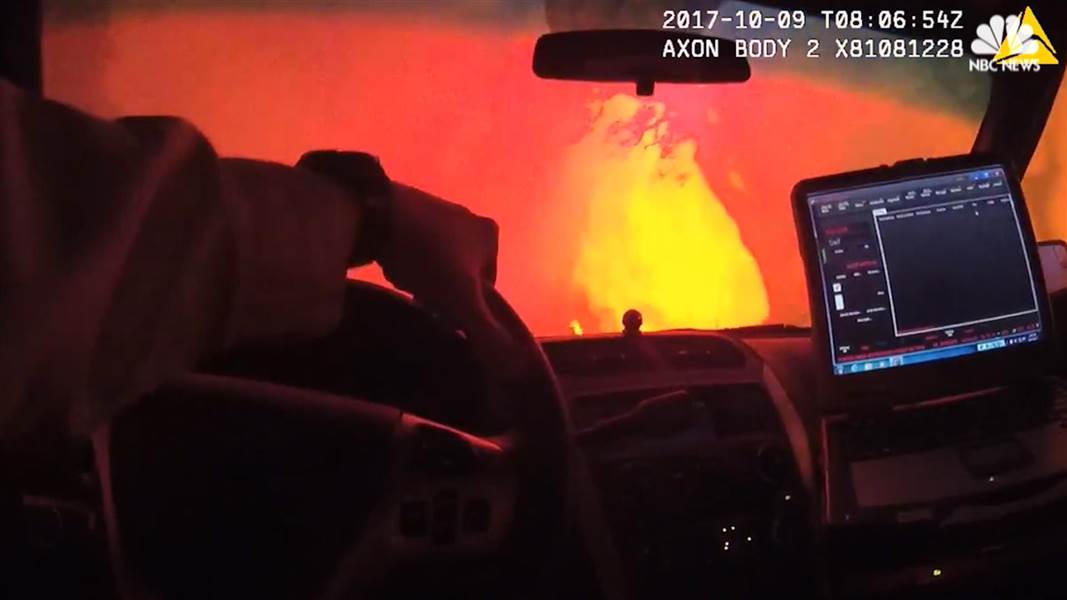 The death toll from wildfires raging in northern California rose to at least 35 early Saturday as firefighters continued to battle blazes around the state that have burned more than 221,000 acres and destroyed thousands of homes and other structures.

One of the at least eight people killed in a large fire burning in Mendocino County was identified Friday as 14-year-old Kai Logan Shepherd, who authorities said is believed to have died while “attempting to evacuate the area on foot when he was overtaken by the fire.”

“He’s the bravest, sweetest kid I know,” Kai’s aunt, Mindi Ramos, said. She said his sister Kressa, and mother, Sara, were also severely burned and are hospitalized. Sara Shepherd is in a burn ward but is lucid and is able to nod yes and no, she said.

Sonoma County Sheriff Rob Giordano said Friday that 19 people have died in fires, and 235 people are still considered missing in the wake of fires burning in the county.

“We have 45 search and rescue people out in the field, 30 detectives right now and they’re starting targeted searches for those locations to try and find those people and recover remains,” Giordano said Friday afternoon. Of 1,485 total reports of missing persons since the fires began, 1,250 have been found safe, he said later in the day.