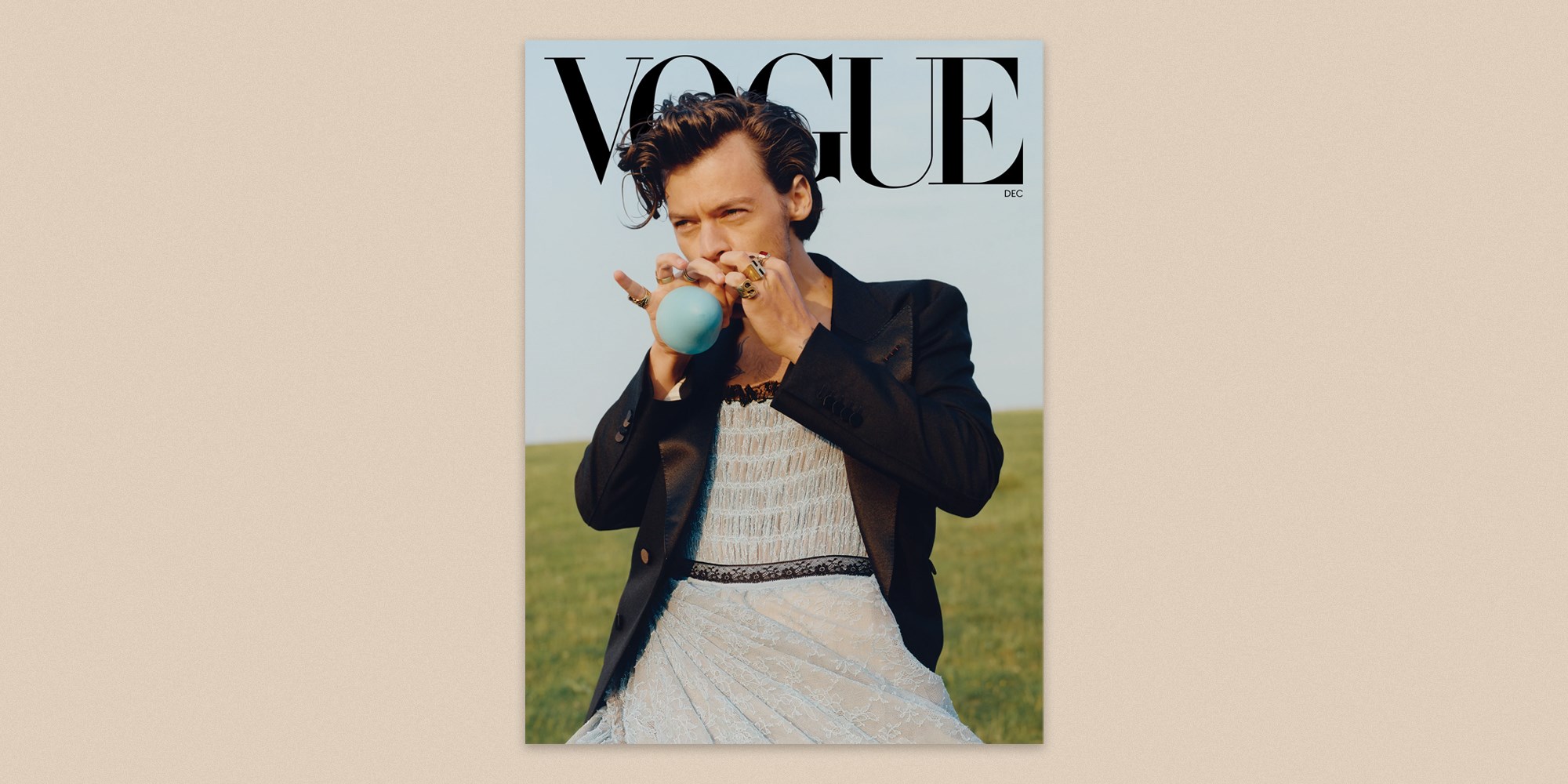 If “the clothes make the man,” then, for conservative commentator Candace Owens, those clothes better be “manly.” Indeed, she argues, human civilization depends on it.

Owens’ remarks, broadcast in a series of tweets, were in response to British pop star Harry Styles’ donning a Gucci gown replete with lace and ruffles, under a black blazer, for the cover of Vogue’s December issue. She called Styles’ attire, reflecting what she referred to as “the steady feminization of our men,” “an outright attack” on society. She finished her thought with a declaration: “Bring back manly men.”

At a time of intersecting crises — a global pandemic that is devastating lives, police violence against Black people and inflamed racism, an autocratic president who threatens American democracy by refusing to concede the election — devoting energy to criticizing a magazine cover feels a bit strange, even misguided. But the fact that the tweet racked up close to 100,000 likes in a few days indicates that Owens — for better or worse — has hit a nerve.

For Owens (as well as for the tens of thousands of people who liked her tweet) the continuation of “society” wholly depends on the impermeability of classes and castes — from gender to race to economic. This is why she very strangely includes a quip about Marxism — that “the steady feminization of our men at the same time that Marxism is being taught to our children is no coincidence.”