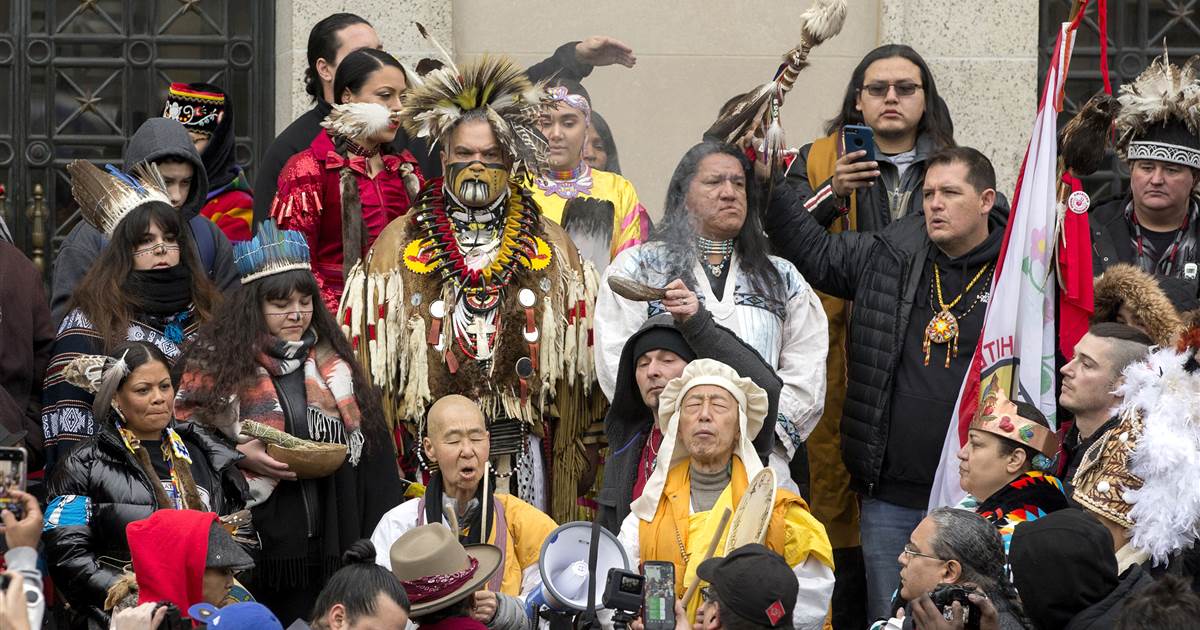 A Catholic archdiocese outside Cincinnati is investigating the actions of some of its high school students during the Indigenous Peoples March in Washington Friday.

Some students wearing Make America Great Again hats and clothing surrounded and taunted a Native American troupe as it performed a song. It’s not clear which of those young people surrounding the Native Americans are students of Covington Catholic High School in Covington, Kentucky.

But the Diocese of Covington criticized any students who participated in the action, which broke out as a group from the school was in Washington for the anti-abortion event March for Life.

Its statement, forwarded by archdiocese spokeswoman Laura Keener, singled out Native American leader Nathan Phillips, a Vietnam War veteran and Omaha elder. In social media videos of the incident Phillips can be seen singing as a male taunts him smilingly and gets close to his face.