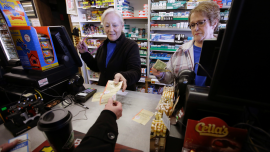 WASHINGTON –  CIA Director Mike Pompeo (pahm-PAY’-oh) says he’s concerned about continued efforts by Russia and others to undermine American elections, including this year’s contests, but says such meddling isn’t new.

Pompeo tells CBS’ “Face the Nation” that there are “many foes who want to undermine Western democracy.”

He says there’s “this Washington-based focus on Russian interference,” but he wants to “make sure we broaden the conversation.”

Pompeo says the CIA and other agencies are working to prevent possible efforts to target the 2018 congressional midterm elections. He’s not specifying details, but says Russian meddling goes back decades.

He says the national security team is dedicated to keeping “American elections safe and secure and democratic” and “we’re going to work against the Russians or any others who threaten that very outcome.”