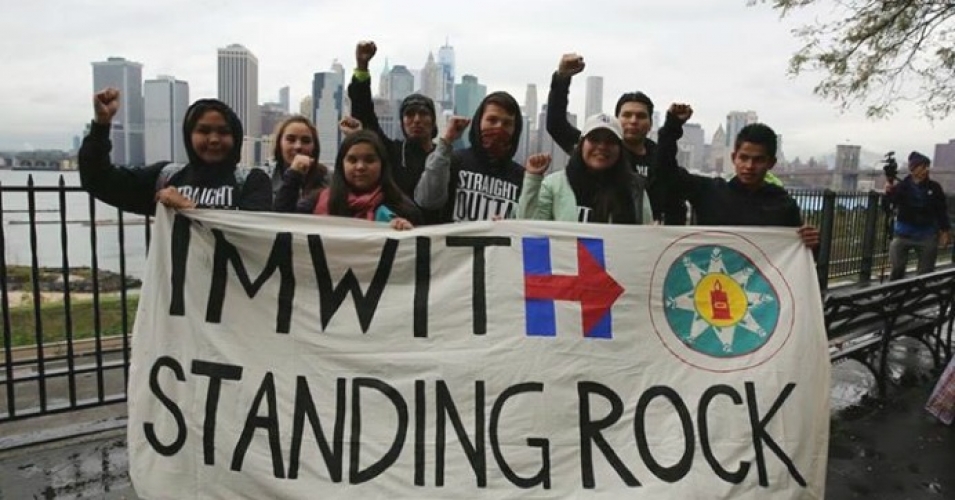 No longer able to sit on the sidelines and remain silent about the battle raging in North Dakota over Indigenous rights to clean water and sacred land, Democratic presidential nominee Hillary Clinton released a statement on Thursday about the Dakota Access Pipeline (DAPL) fight—and it says “literally nothing.”

The statement was delivered via email to a handful of Indigenous journalists and news outlets and was said to be in response to a letter that Native leaders had sent to the former secretary of state asking for her help, as the Indigenous water protectors and their allies have faced tanks, militarized police forces, mace, and attack dogs as they’ve stood their ground in protest of the tar sands pipeline.