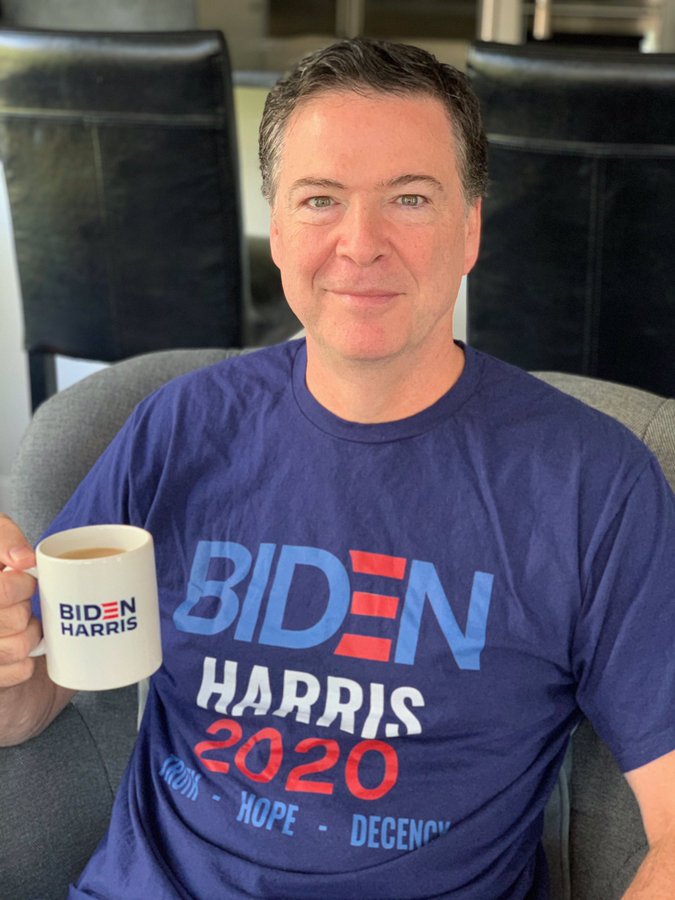 FBI Director James Comey is stirring the pot once again, tweeting a photo of himself with swag supporting former Vice President Joe Biden and his running mate, Sen. Kamala Harris of California.

“Vote for your country,” said the vocal critic of President Trump, who notably fired him in 2017.

The photo prompted thousands of responses.

“You were the ‘non biased, apolitical’ FBI Director? LOL,” one user wrote.