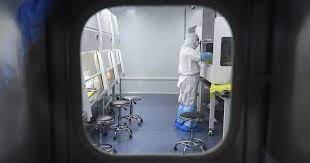 It started out as a fringe conspiracy theory touted by Donald Trump. Now the suggestion that the deadly coronavirus was leaked from a laboratory in China is gaining both scientific and political traction.

The latest tinder to ignite the flames of conspiracy came Thursday when it emerged that a top World Health Organization official leading investigations into the origins of the pandemic has described a version of the lab leak hypothesis as a “probable” scenario for how the virus began to spread.

The WHO’s Peter Ben Embarek said a lab worker could have been infected with the virus from a bat while working in the field — raising questions over the conclusions of an official March report that he himself led, stating that a scenario where a laboratory employee was infected while working with bat viruses was “extremely unlikely.”