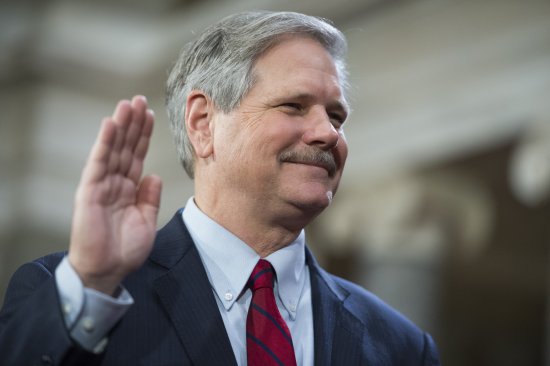 Hoeven — a former North Dakota governor and vocal supporter of both the Keystone XL and Dakota Access oil pipelines — was elected to lead the committee on Tuesday.

“I am honored to serve as the chairman … and look forward to working with [newly elected] Vice Chairman [Sen. Tom] Udall [D-NM] and members of the Committee to pass legislation that helps improve the lives of people across Indian Country,” Hoeven said.

The Indian Affairs committee is tasked with proposing legislation that addresses the concerns of “American Indian, Native Hawaiian and Alaska Native peoples,” including land management and economic development, according to the committee’s website.

Sen. Hoeven’s new job is ironic because he has repeatedly opposed causes that Native Americans support. The Dakota Access Pipeline is the most recent example. As thousands of protesters from across Indian Country converged on Cannon Ball, North Dakota, over the latter half of 2016 to block the pipeline’s completion, Hoeven called the protests “violent” and asked President Barack Obama to deploy federal law enforcement to quell them.