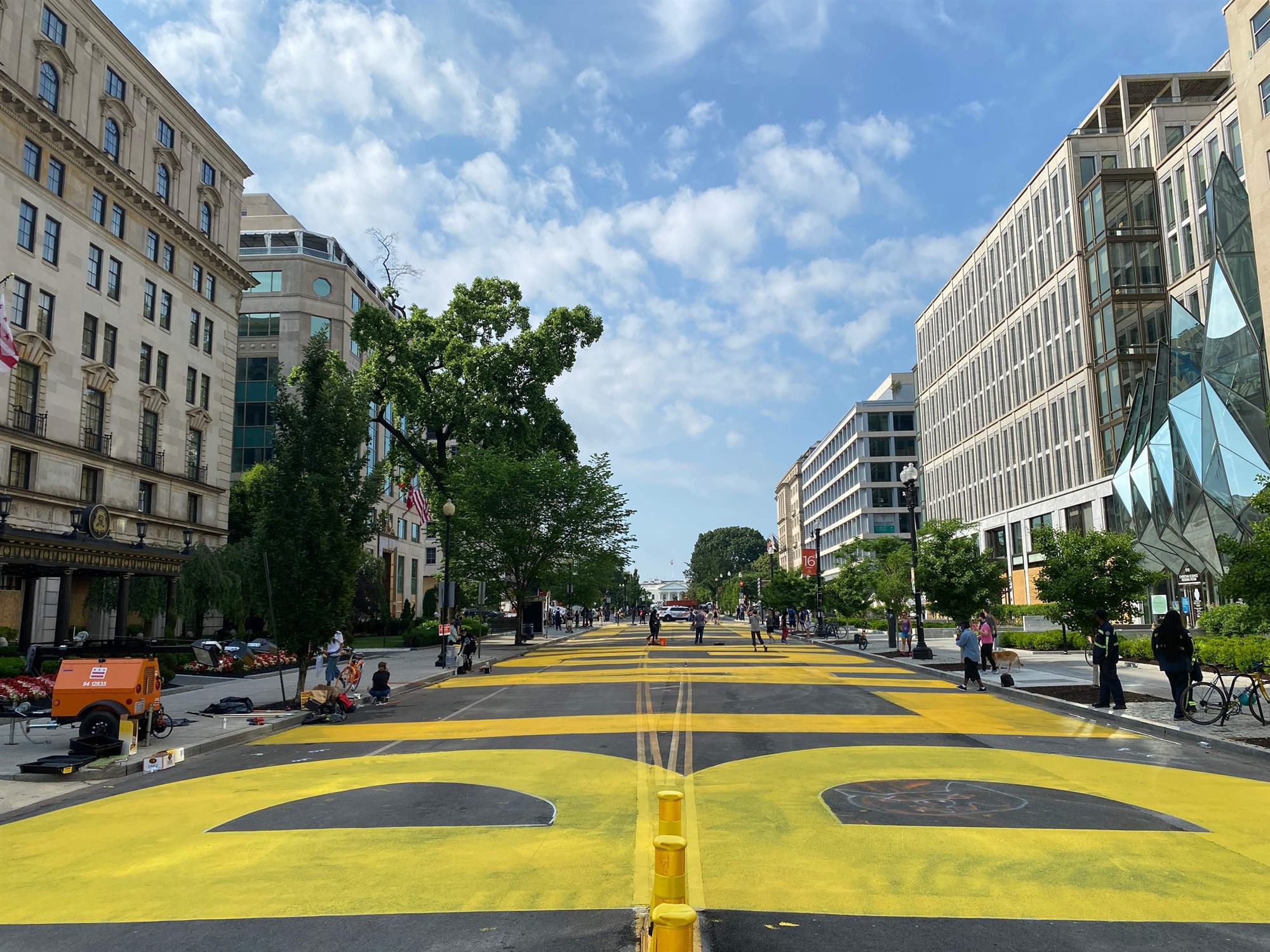 WASHINGTON — District of Columbia Mayor Muriel Bowser on Friday had “Black Lives Matter” painted on the street that leads to the White House where protesters have been demonstrating following George Floyd’s death in police custody.

“There are people who are craving to be heard and to be seen, and to have their humanity recognized, and we had the opportunity to send that message loud and clear on a very important street in our city,” Bowser said at a press conference. “And it is that message, and that message is to the American people, that Black Lives Matter black humanity matters, and we as a city raise that up as part of our values as a city,”

The mayor said that the people who painted it were from the D.C. Public Works department.

“There was a dispute this week about whose street this is,” John Falcicchio, chief of staff for Bowser, a Democrat, said earlier in a tweet. “Mayor Bowser wanted to make it abundantly clear that this is DC’s street and to honor demonstrators who (were) peacefully protesting on Monday evening.”