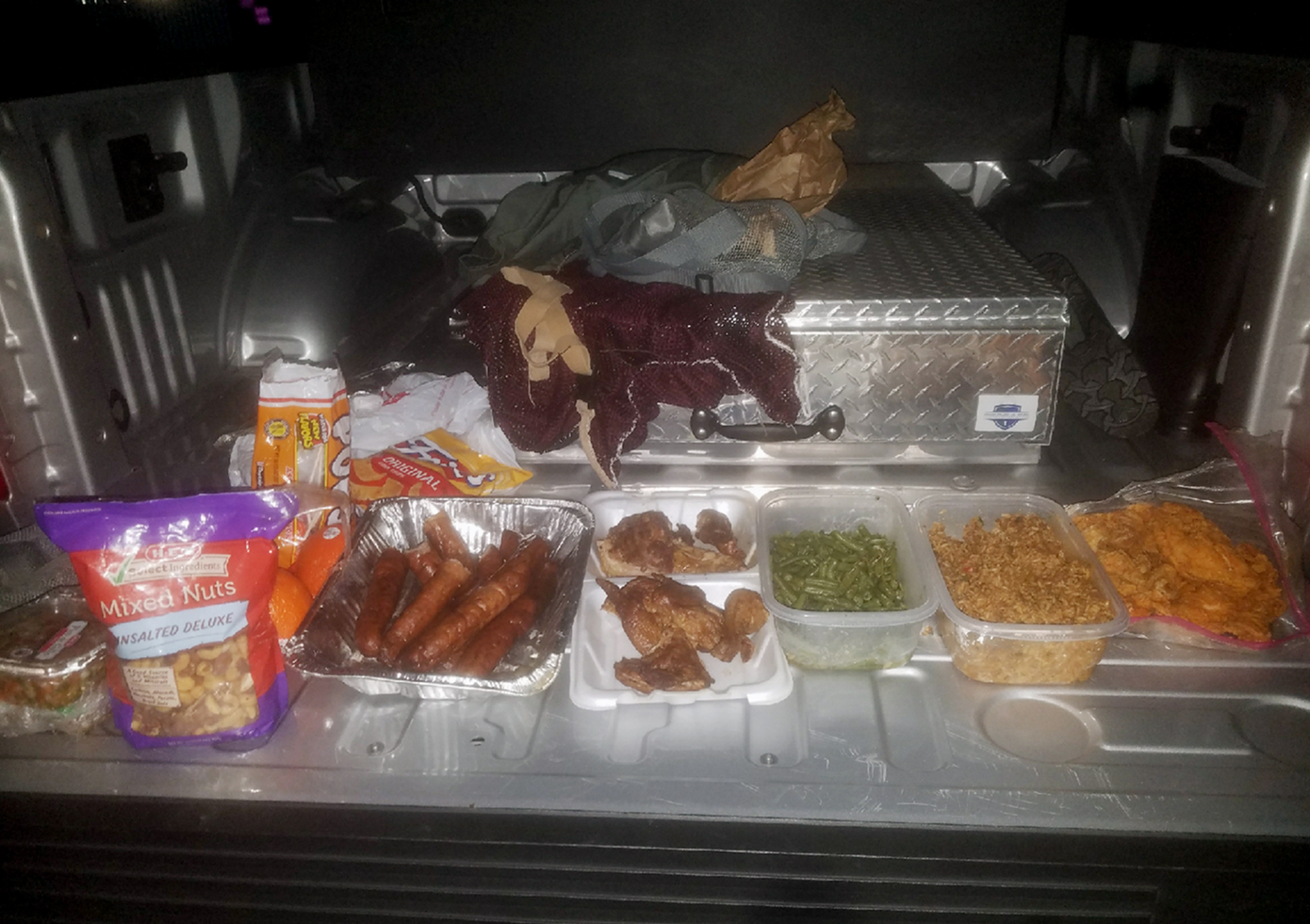 BEAUMONT, Texas –  An Texas inmate who had escaped has been arrested trying to break back in the prison with bottles of alcohol, tobacco and home-cooked food

The Jefferson County sheriff’s office says 25-year-old Joshua Hansen of Dallas has been charged with escape and possession of marijuana. He was originally imprisoned on a narcotics conviction.

Deputies spotted Hansen Wednesday as he ran onto private land near the prison in Beaumont and grabbed a duffel bag containing three bottles of brandy, some whisky, tobacco and “a large amount of home-cooked food.” They arrested him as he ran back toward the prison.

Nearby rancher Michael Latta told KFDM-TV that he has for years contended with low-level offenders who flee the facility only to later return.