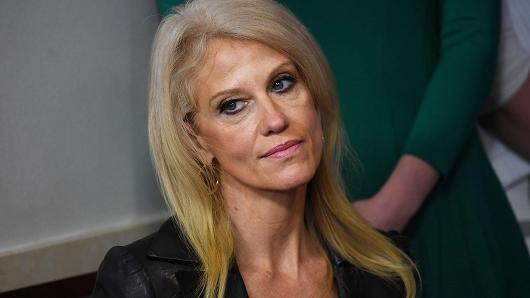 In a letter released Tuesday, Office of Government Ethics Director Walter Shaub told deputy White House counsel Stefan Passantino that Conway appeared to breach a rule preventing her from using her position to promote private products. On Thursday, Conway said on Fox News to “go buy” the president’s daughter’s Nordstrom line, later adding that she would “give it a free commercial.”

“These facts, if true, would establish a clear violation of the prohibition against misuse of position … Therefore, I recommend that the White House investigates Ms. Conway’s actions and consider taking disciplinary action against her,” Shaub wrote.

The ethics office cannot discipline federal employees but is charged with recommending possible punishment. Therefore, the final decision on whether to discipline Conway comes down to the White House.

Press secretary Sean Spicer previously said that “Kellyanne has been counseled” for the remarks. However, Shaub said, “OGE has not yet received notification of any disciplinary or other corrective action” against Conway.

Conway’s apparent promotion of the brand followed the president’s public attack on Nordstrom in response to the department store saying it plans to stop selling Ivanka Trump products. The president alleged that Nordstrom treated his daughter “unfairly,” renewing concerns that he is using his platform to affect his family’s business interests.