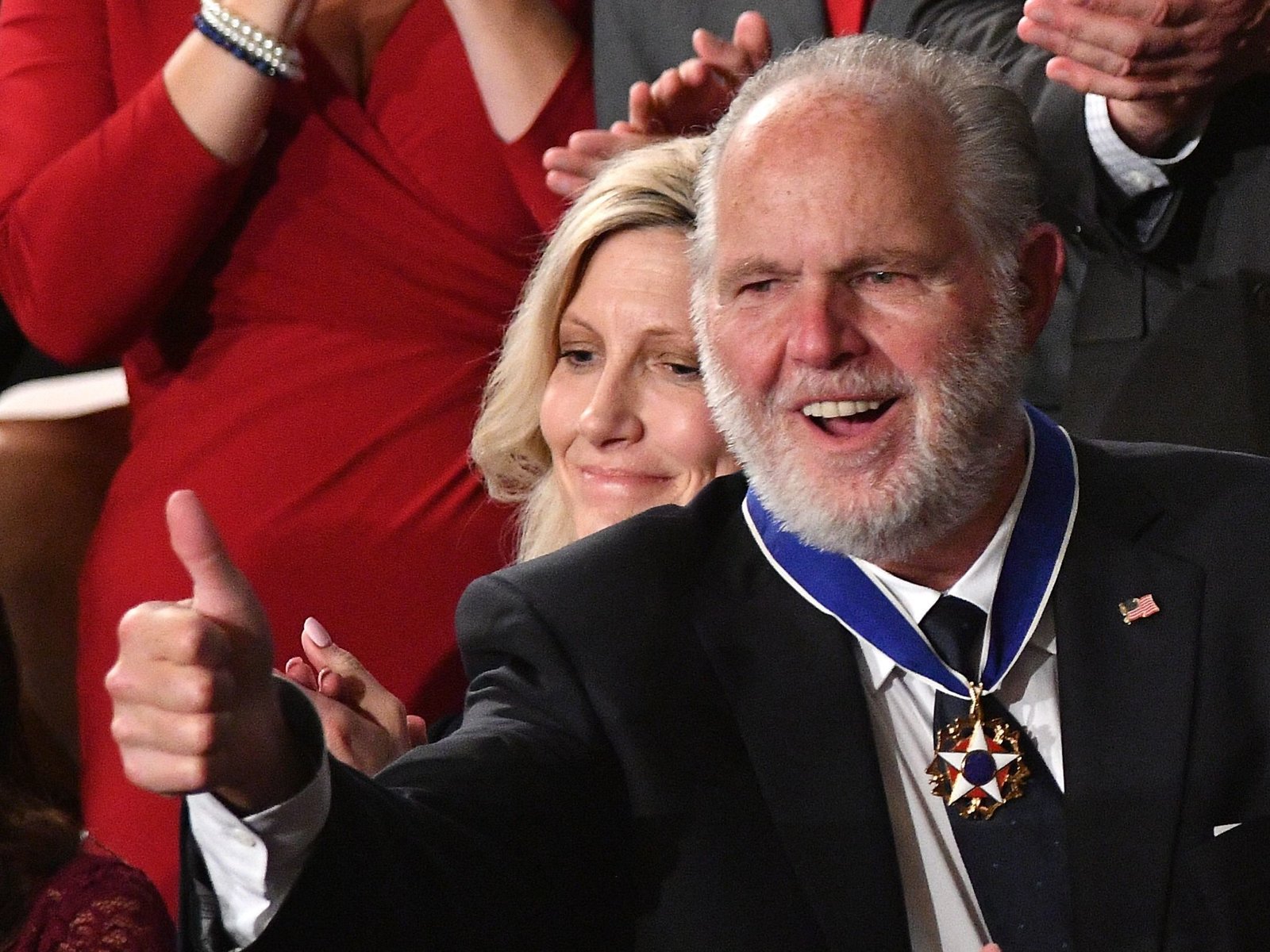 Conservative broadcaster Rush Limbaugh, who entertained millions and propelled waves of Republican politicians, has died after announcing to listeners last year that he had stage four lung cancer. He was 70 years old.

Limbaugh’s death Wednesday morning was confirmed by his wife, Kathryn, at the start of his radio program.

Before right-wing conspiracy theorist Alex Jones, before Fox News, there was Limbaugh. His voice entertained millions of listeners, cheered conservatives hungry to see their beliefs reflected on the airwaves, and elevated long-shot Republicans to national prominence.

“I always say my real purpose is to attract the largest audience I can, and hold it for as long as I can, so I can charge confiscatory advertising rates,” Limbaugh told NPR in a 2007 interview. “Every time I’ve said that, it’s, ‘Oh, he’s just saying that! He doesn’t care what he says! He’s just trying to generate a big audience!’ And that’s not true. The benefit here is, I have the freedom to be entirely honest about my passions.”