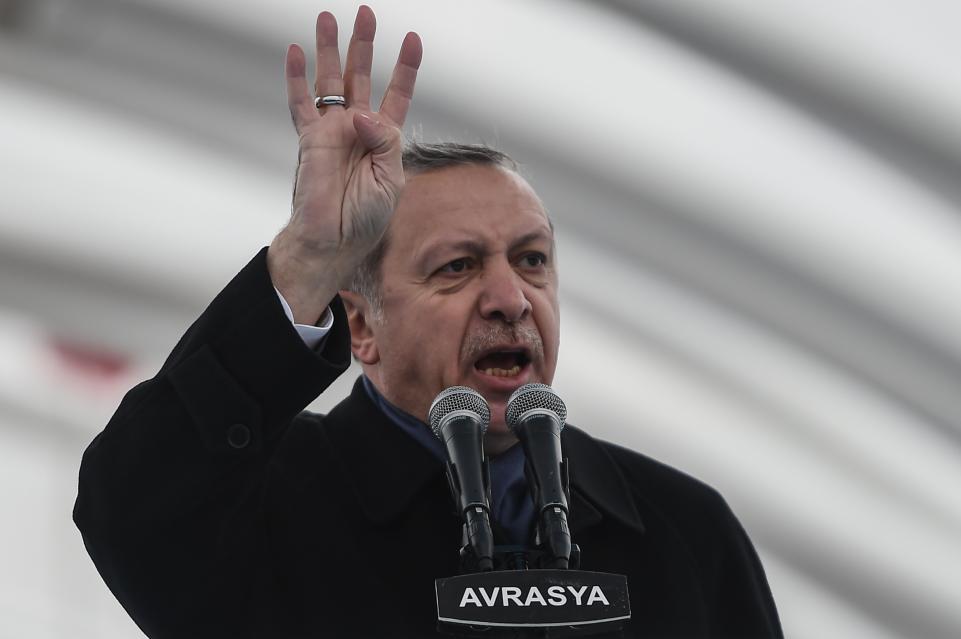 Turkish President Recep Tayyip Erdogan on Tuesday accused the U.S.-led coalition fighting in in Iraq and Syria of supporting the Islamic State militant group (ISIS), as well as Syrian Kurds in regions that sit along Turkey’s southern border.

“They were accusing us of supporting Daesh,” he told a press conference in Ankara, using an Arabic acronym for ISIS.

“Now they give support to terrorist groups including Daesh, YPG, PYD. It’s very clear. We have confirmed evidence, with pictures, photos and videos,” he said, referring to the Kurdish People’s Protection Units and the Democratic Union Party, Washington’s Kurdish partners on the ground in Syria.

The U.S.-led coalition has conducted an airstrike campaign against ISIS in Iraq and Syria since August 2014, following the radical Islamist group’s capture of the northern Iraqi city of Mosul in June of that year and its filmed beheading of U.S. journalist James Foley near the Syrian city of Raqqa. No one from the coalition has yet responded to Erdogan’s comments.

In August, Turkey initiated a ground and air offensive —Operation Euphrates Shield—against ISIS in support of Syrian rebels fighting the extremist group and a Kurdish militia in northern Syria.

At least 37 Turkish soldiers have died in the operation, including two that ISIS allegedly burnt to death, according to a propaganda video released this month after kidnapping the pair.