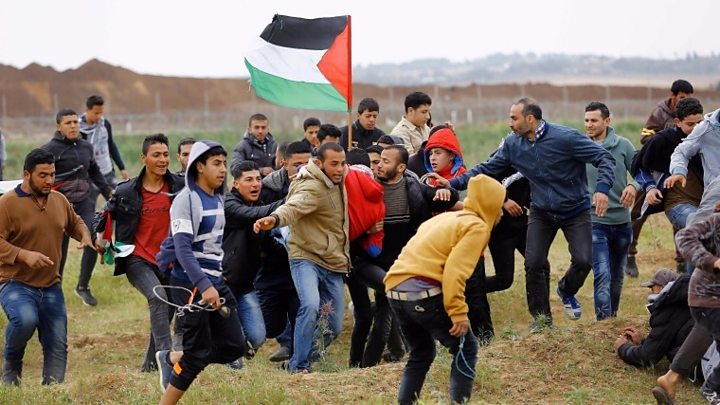 The Israeli military has warned it could take action against “terrorist targets” inside the Gaza Strip.

Brig Gen Ronen Manelis told journalists that Hamas – the militant group that controls Gaza – was using Palestinian protests as a cover for launching attacks on Israel.

Sixteen Palestinians were killed by Israeli soldiers at the Gaza border.

It was the single deadliest day in the Israel-Palestine conflict since the 2014 Gaza war. The UN Security Council condemned the violence after an emergency session.