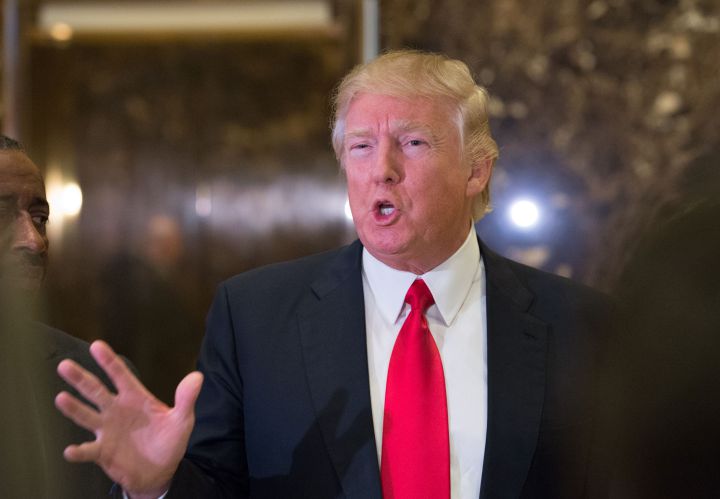 It’s Germany’s turn to feel the heat after President-elect Donald Trump turned his ire on the country’s automakers, its supposed dominance of the European Union, and the failings of Chancellor Angela Merkel’s refugee policy.

In a weekend interview given jointly to Germany’s biggest tabloid, Bild-Zeitung, and (somewhat incongruously), the august Times of London, Trump repeated for the first time as President-elect pretty much what he had said a thousand times as candidate last year. It’s as if Europe either hadn’t been listening or, more likely, had simply been hoping he would take a different tone as President.

As far as business is concerned, the most alarming part of Trump’s interview was a threat of import duties (already familiar to U.S. ears) that sent a chill through German auto stocks: BMW lost 1.3%, Daimler – the maker of Mercedes-Benz cars and Freightliner trucks – lost 1.4%, while Volkswagen lost 1.9%. The three rely on the U.S. market for about 20% of their global sales and, probably, a bit less of their profits.

Trump singled out a BMW plant currently under construction in San Luis Potosi, Mexico, where the Munich-based company started construction last year and aims to build its 3-series sedans from 2019.

“If you want to build cars in the world, then I wish you all the best. You can build cars for the United States, but for every car that comes to the USA, you will pay 35 percent tax,” Trump said.