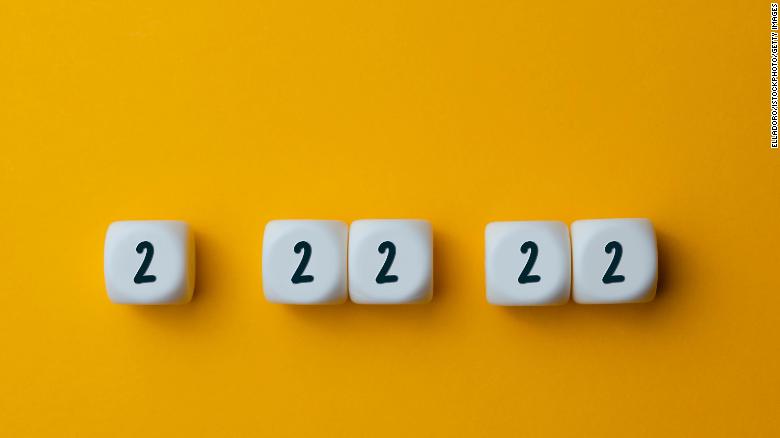 Good things come in twos. At least this Tuesday it does.

The date is February 22, 2022. When you write it, 2/22/22, it’s a palindrome, meaning it reads the same forward and backward. It also falls on a Tuesday, which is now referred to as Twosday.
It’s the most exceptional date in over a decade, according to palindrome enthusiast Aziz Inan. He’s a professor of electrical engineering at the University of Portland in Oregon, and he has been studying palindrome dates for over 14 years.

It’s a ubiquitous palindrome date because it’s a palindrome when it’s written in the United States format of month, day, year, and the format most other countries follow of day, month, year, Inan said.