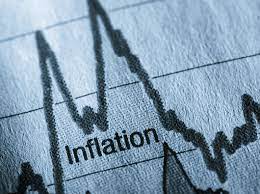 Inflation isn’t going anywhere fast — but prices certainly are. The latest Consumer Price Index for October recorded a 6.2 percent increase, year over year, according to data released Wednesday by the Bureau of Labor Statistics.

It’s the largest increase in over 30 years and far outpaced economists’ expectations of a 5.9 percent spike. October’s data represents a continuation of months of markedly faster rising prices, compared to levels the U.S. economy has seen in recent years.

The greatest month-to-month increases were seen in food, up 0.9 percent; energy, up 4.8 percent; and shelter rising 0.5 percent. Used cars and trucks reversed a late summer decline and rose 2.5 percent, and new vehicles notched up a 1.4 percent increase.

There were a few decreases, with airline fares falling 0.7 percent and alcoholic beverages down 0.2 percent.

“Inflation hurts Americans pocketbooks, and reversing this trend is a top priority for me,” President Joe Biden said in a statement Wednesday morning.