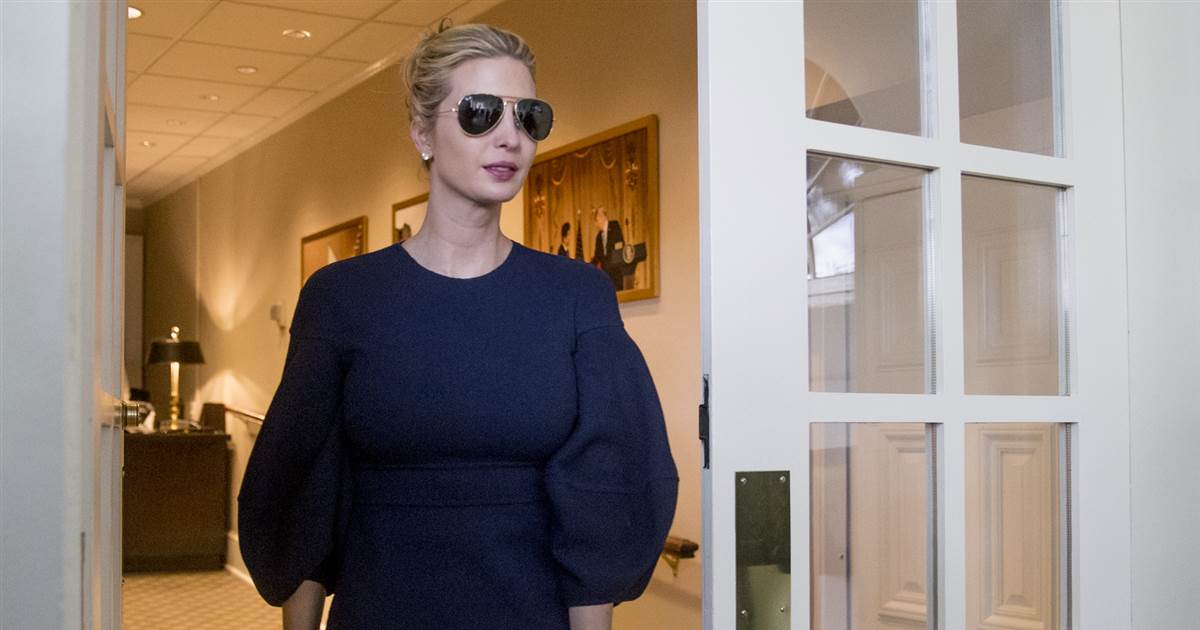 Ivanka Trump is shuttering her clothing line in order to focus on her role as senior adviser in her father’s White House, the company announced Tuesday.

“When we first started this brand, no one could have predicted the success that we would achieve,” said Ms. Trump in a statement to NBC News. “After 17 months in Washington, I do not know when or if I will ever return to the business, but I do know that my focus for the foreseeable future will be the work I am doing here in Washington, so making this decision now is the only fair outcome for my team and partners.”

The closure of Ms. Trump’s business, which was first reported by the The Wall Street Journal, will reduce its entanglements in President Donald Trump’s “America First” agenda and protectionist trade practices. According to a report, workers at one of the Chinese factories of Ivanka Trump’s clothing line were paid $62 a week. Her business employs 18 people.

Last week, Ms. Trump heavily promoted a new White House push to get American businesses to hire American workers. When asked in an interview with Gray Television whether she would ask the Trump Organization to sign the same pledge, Trump said it was “a great idea” but wanted to “recuse” herself from “calling them.”