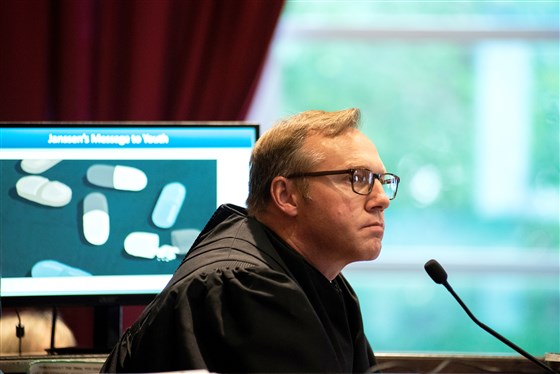 An Oklahoma judge on Monday ordered Johnson & Johnson to pay over $572 million for pushing doctors to prescribe opioids while downplaying the risks of addiction, actions that state prosecutors said helped fuel the state’s opioid epidemic andled to more than 6,000 deaths over nearly two decades.

Oklahoma Attorney General Mike Hunter claimed in court that the sales push by Johnson & Johnson and its pharmaceutical subsidiary, Janssen, starting in the 1990s had created “a public nuisance” that led to the deaths.

J&J denied any wrongdoing, and its attorney, John Sparks, said state prosecutors had misinterpreted the public nuisance law, having previously limited it to disputes involving property or public spaces.