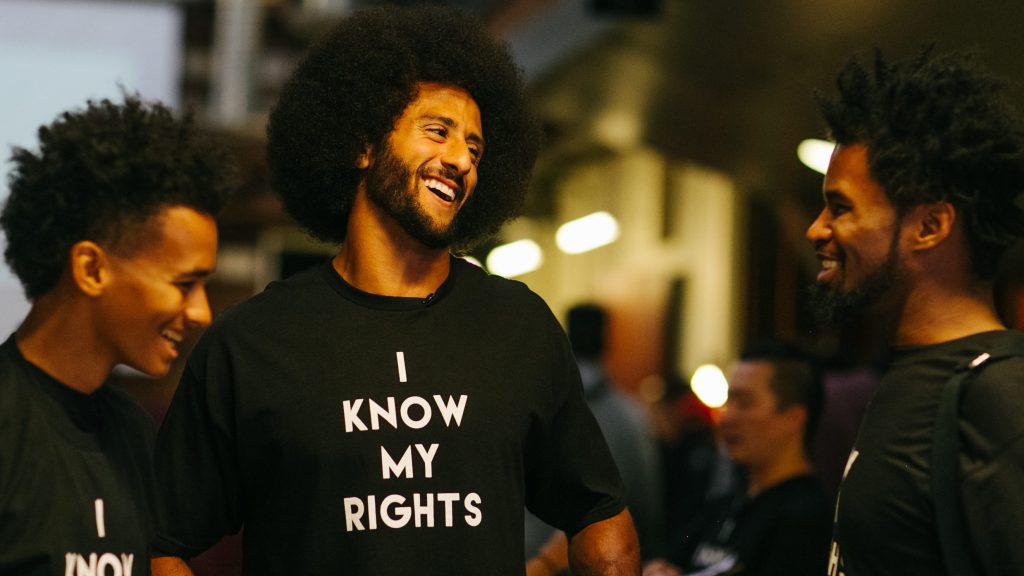 Katrina Britney Davis for The Undefeated

“I will donate $1 million plus all the proceeds of my jersey sales from the 2016 season to organizations working in oppressed communities — $100,000 a month for 10 months,” he said.

It appears he’s doing just that. At the end of November, he announced that he made a donation of $25,000 to the Black Youth Project 100 (BYP100) organization, which is “dedicated to creating justice and freedom for all black people,” according to its website.

Kaepernick recently unveiled his website, which details his donations. The site houses an itemized list that informs visitors as to where the money was distributed. He said he started the website “to make sure not only that I’m transparent in what I’m doing, but that these organizations are transparent with where the money is going, as well.”

So far, $200,000 of the $1 million has been allocated. In October, Kaepernick dished out gifts of $25,000 each to the Silicon Valley De-Bug, Causa Justa/Just Cause, Urban Underground and Mothers Against Police Brutality. In November, in addition to his gift of $25,000 to the BYP100, he donated equal amounts to Gathering For Justice/ Justice League, Communities United for Police Reform and the I Will Not Die Young Campaign.