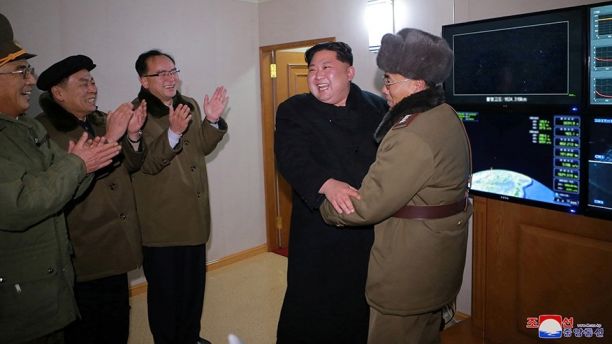 Kim Jong Un’s trigger-happy antics have nearly depleted a critical slush fund the North Korean despot uses to run his isolated country — and the Hermit Kingdom’s participation in the upcoming Winter Olympics is merely a scheme to refill his coffers, according to a report.

Two Chinese sources with ties to top North Korean government officials told Radio Free Asia that Kim has nearly exhausted his slush fund due to missile and nuclear weapon and tests, as well as vanity projects, such as the much-publicized Masikryong Ski Resort.

“Due to Kim Jong Un’s extravagant spending, the slush fund from his father, Kim Jong Il, is running out,” one of the sources told the news agency. “It won’t be easy to control North Korea’s high-level executives, who are [cunning] like raccoons.”

The source said he is “well-acquainted” with Office No. 39, a shadowy organization under the ruling North Korean Workers’ Party that generates up to a billion dollars annually for Kim and his cronies through illicit activities, including counterfeiting and drug production.