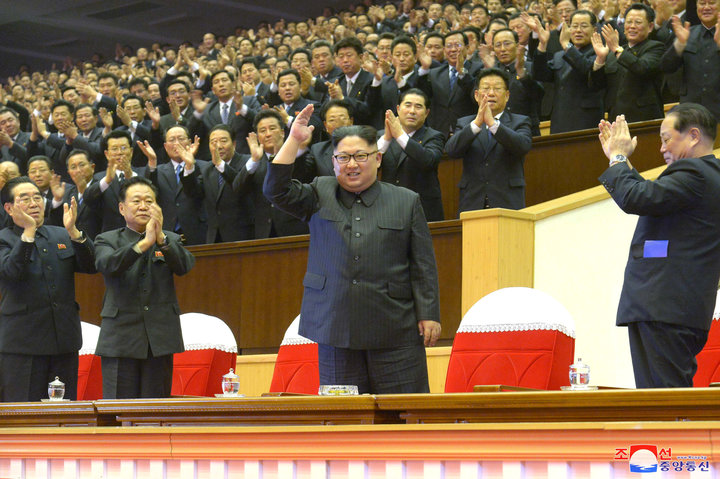 SEOUL, Jan 1 (Reuters) – Kim Jong Un on Monday warned the United States that he has a “nuclear button” on his desk ready for use if North Korea is threatened, but offered an olive branch to South Korea, saying he was “open to dialogue” with Seoul.

After a year dominated by fiery rhetoric and escalating tensions over North Korea’s nuclear weapons program, Kim used his televised New Year’s Day speech to call for lower military tensions on the Korean peninsula and improved ties with the South.

“When it comes to North-South relations, we should lower the military tensions on the Korean Peninsula to create a peaceful environment,” Kim said. “Both the North and the South should make efforts.”

Kim said he will consider sending a delegation to the Winter Olympics Games to be held in Pyeongchang, South Korea, in February.