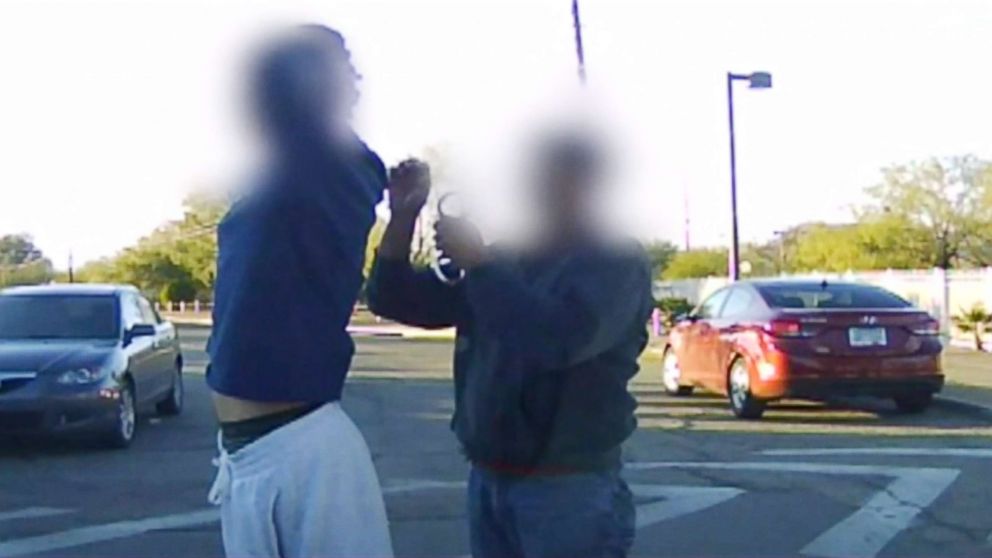 In hopes of drawing out more victims, authorities in Tucson, Arizona, have released dashcam video from the car of a man they say posed as a police officer to pull over drivers and search them.

The Tucson Police Department said that on Dec. 19, officers responded to a call that a man had stopped and searched three victims, and even handcuffed one of them.

In a news release posted to Facebook on Wednesday, police said that the man was driving a white, four-door vehicle with red-and-blue flashing lights installed near the visor of the front windshield and told the victims he was an undercover officer.

“Just watching the video on this one, he’s doing a lot of stuff that we do, which makes you think he’s been watching what police do,” Tucson police Sgt. Pete Dugan told ABC affiliate KGUN-TV.