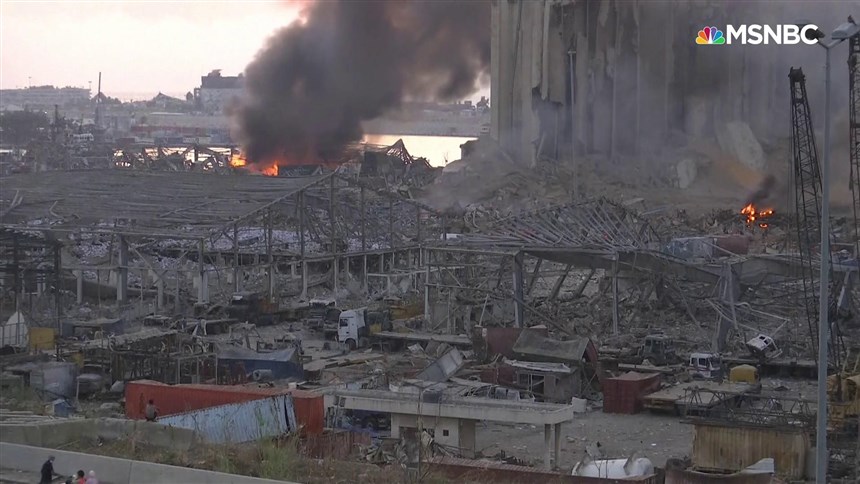 BEIRUT — A “colossal” explosion rocked the port area of Lebanon’s capital, Beirut, on Tuesday, injuring thousands and causing widespread damage in a densely populated part of the city.

At least 3,000 people have been injured and 50 killed, Minister of Health Hassan Hamad said at a press conference. Those numbers are likely to rise with hospitals filling up fast.

Images and videos on social media appear to show large plumes of smoke and damaged buildings in the Middle Eastern country, but the cause of the blast and its exact location were not immediately clear.

Lebanon’s National News Agency reported the cause may have been a fire in a hangar where explosives were being stored in the Beirut port, on the country’s west coast.