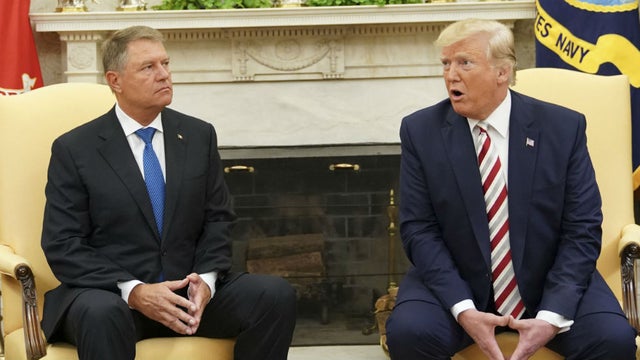 People pay payroll taxes in order to finance Social Security and Medicare. Former President Obama had enacted a temporary payroll tax cut during his presidency in an effort to boost the economy.

Cutting those taxes could temporarily help the middle class, but could also increase the deficit and possibly hurt the social safety net programs they fund.

Discussions about a temporary tax cut come amid indicators a recession could be on the horizon. Trump has projected confidence and insisted the U.S. economy is in a strong position, but his calls for a rate cut and possible tax cut are moves typically taken to jumpstart a sluggish economy.