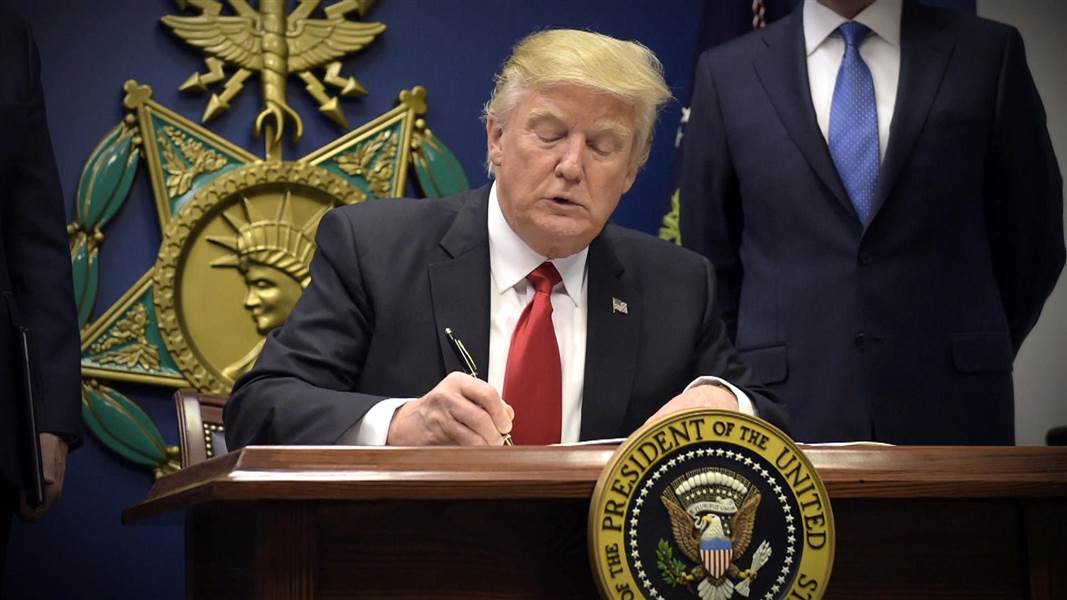 The Trump administration on Monday rolled out the second edition of a controversial immigration executive order, which suspends immigration into the United States from now only six predominantly Muslim countries.

Citizens from the affected countries — Iran, Somalia, Sudan, Yemen, Syria and Libya — will be subjected to a 90-day ban on travel to the United States. Iraq was previously listed among those nations, but it was removed from this latest iteration after reassurances from the Iraqi government of increased information sharing with the United States, a senior Department of Homeland Security official told reporters on Monday.

The order, which will go into effect on March 16, does not revoke existing visas approved before that date and does not explicitly apply to current lawful permanent residents and green card holders.

Visas revoked because of the original travel order been been fully restored, according to the State Department.

The revised order still seeks to curb the number of refugees allowed into the United States — no more than 50,000 will be allowed in in 2017 — however, it no longer places a blanket ban on Syrian refugees trying to enter the United States. Instead, refugees, including those from Syria, will be subjected to a 120-day suspension of the refugee program.

Although this rollout was more traditional and the order’s language was better tailored to pass legal muster after the original policy was ultimately stalled in the courts, the new travel order mostly adhered to the old order’s roots.