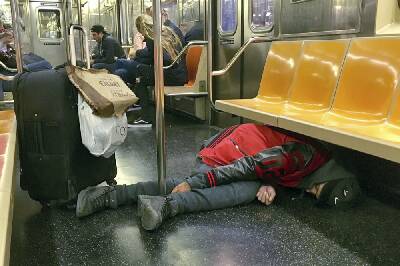 New York leaders on Friday released a plan to strictly enforce rules on the New York City subway as part of an aggressive effort to remove homeless people from the city’s sprawling transit system.

“No more just doing whatever you want,” said the New York City mayor, Eric Adams, at a press conference announcing the plan on Friday in a subway station in lower Manhattan. “Those days are over. Swipe your MetroCard, ride the system and get off at your destination. That’s what this administration is saying.”

New York police department (NYPD) officers will be given a “clear mandate” to enforce the subway’s rules of conduct, which includes prohibitions against lying down, creating an unsanitary environment and smoking or openly using drugs.