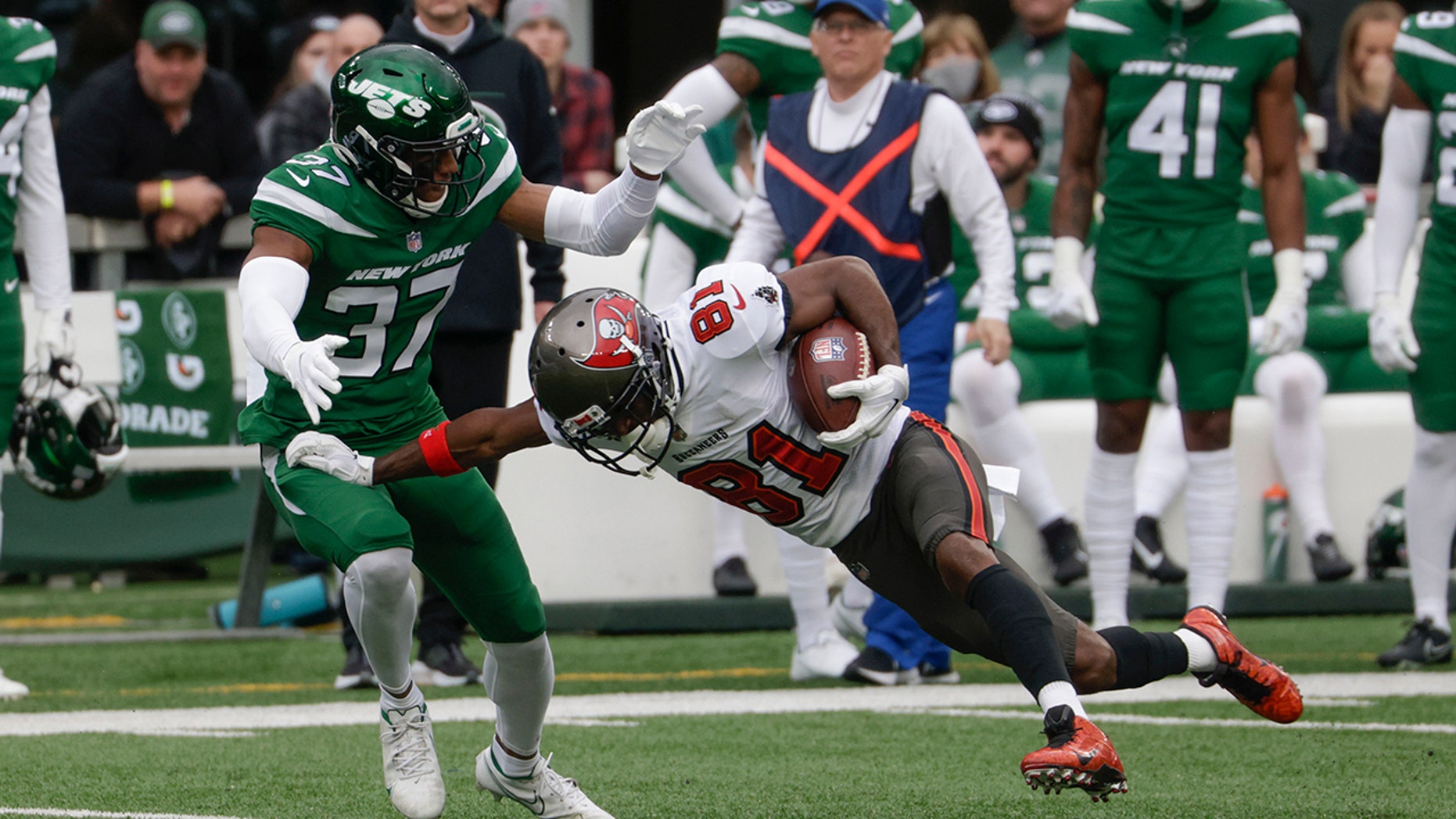 Antonio Brown appears to have played his last game with the Tampa Bay Buccaneers.

Head coach Bruce Arians made the announcement during his post-game presser, telling reporters that the embattled wide receiver is “no longer a Buc” after he stunned the crowd at MetLife Stadium during Sunday’s game win over the New York Jets.

He was seen undressing on the field before storming off to the locker room during the third quarter.

“He is no longer a Buc. Alright, that’s the end of the story. Let’s talk about the guys that went out there and won the game,” Arians said.

Brown, who played just six games this season, returned in Week 17 after overcoming an ankle injury this week but with just minutes left in the third quarter, he strangely took off his jersey and shoulder pads and threw the rest of his gear into the stands before exiting the field.