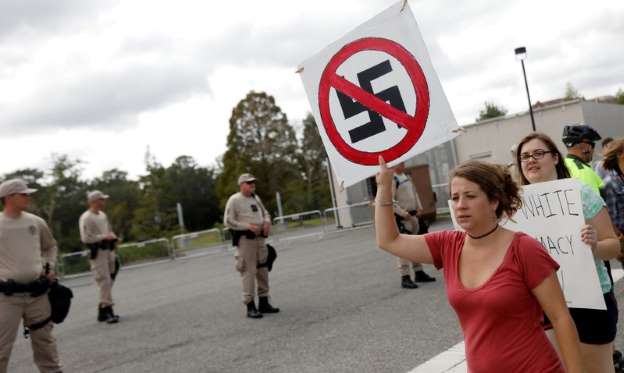 The Southern Poverty Law Center’s annual census identified 954 hate groups in 2017, a 4 percent rise from the year before. The increase followed a 2.8 increase in 2016, and the most recent number represents a jump of one-fifth from 2014.

Among the more than 600 U.S. white supremacist groups, neo-Nazi organizations rose to 121 from 99. Anti-Muslim groups increased for a third year in a row, to 114 from 101 in 2016, after tripling in number a year earlier, the report said.

“President Trump in 2017 reflected what white supremacist groups want to see: a country where racism is sanctioned by the highest office, immigrants are given the boot and Muslims banned,” Heidi Beirich, director of the SPLC’s Intelligence Project, said in a statement.

The White House did not immediately respond to a request for comment.