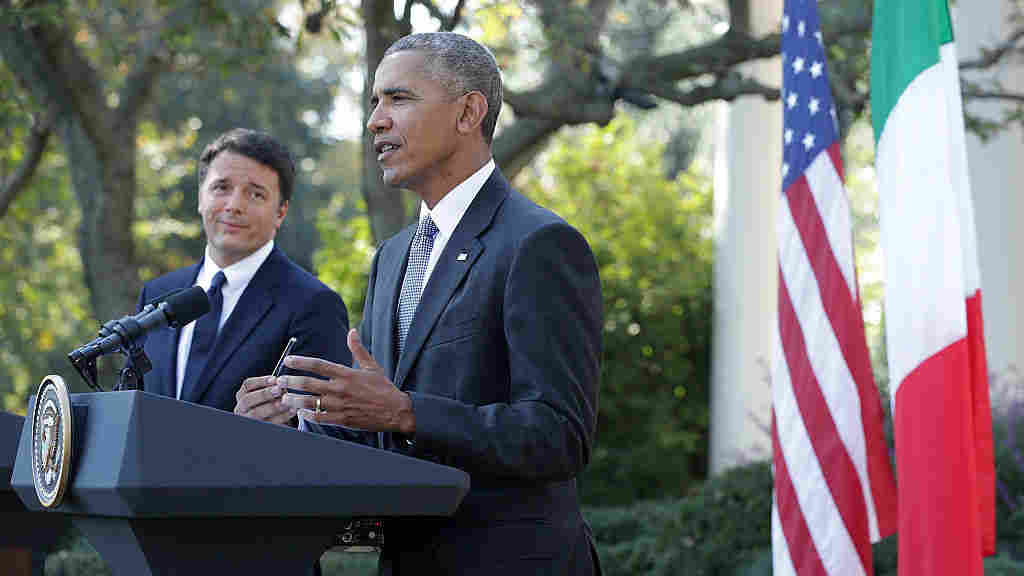 President Obama had some harsh words for Donald Trump’s charges that the presidential election is going to be rigged — “Stop whining.”

With the GOP nominee trailing Democratic nominee Hillary Clinton in the polls, Trump has turned to claiming that if he loses, the election is rigged. Both Democrats and Republicans have called such rhetoric very dangerous, and election law experts, including Ohio State University’s Edward Foley on Tuesday’s Morning Edition, have said such a scenario is “extraordinarily unlikely.”

In a Tuesday afternoon Rose Garden press conference with Italian Prime Minister Matteo Renzi, President Obama served up some of his harshest criticism yet of Trump’s baseless claims. He said such talk threatens to undermine American democracy at its very core, especially the peaceful transfer of power.