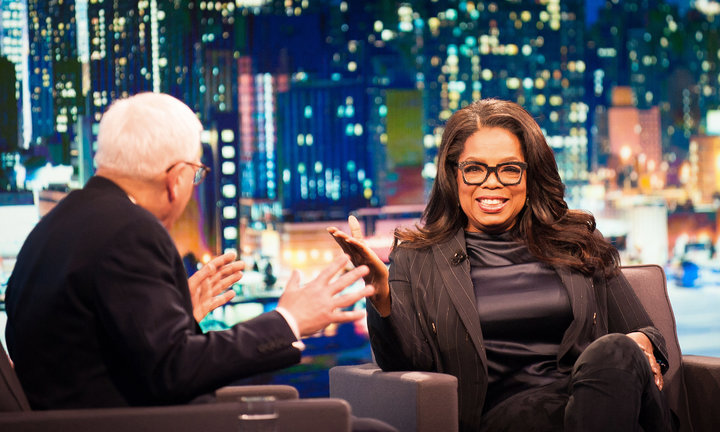 Oprah Winfrey never thought someone from a show business background with no political experience could rise to the office of POTUS, but here we are. And she’s apparently not ruling out a run of her own.

The media queen sat down for an interview on the Season 2 premiere of “The David Rubenstein Show: Peer-to-Peer Conversations” on Bloomberg Television, and revealed she’d maybe consider running for president. Rubenstein wondered if Oprah could be the one to break the glass ceiling and be elected the first female president of the United States.

The 63-year-old mogul replied, “I never considered the question even a possibility. I just thought, ‘Oh.’ I thought, ‘Oh, gee, I don’t have the experience. I don’t know enough.’ And now I’m thinking, ‘Oh.’”

She would seemingly have Michael Moore’s vote. The director said the Democrats need to run a “beloved” candidate.

“Democrats would be better off if they ran Oprah [Winfrey] or Tom Hanks,” Moore told CNN after Hillary Clinton’s loss in November. “Why don’t we run beloved people? We have so many of them. The Republicans do this – they run [Ronald] Reagan and the Terminator [Arnold Schwarzenegger] and other people. Why don’t we run somebody that the American people love and are really drawn to, and that are smart and have good politics and all that?”