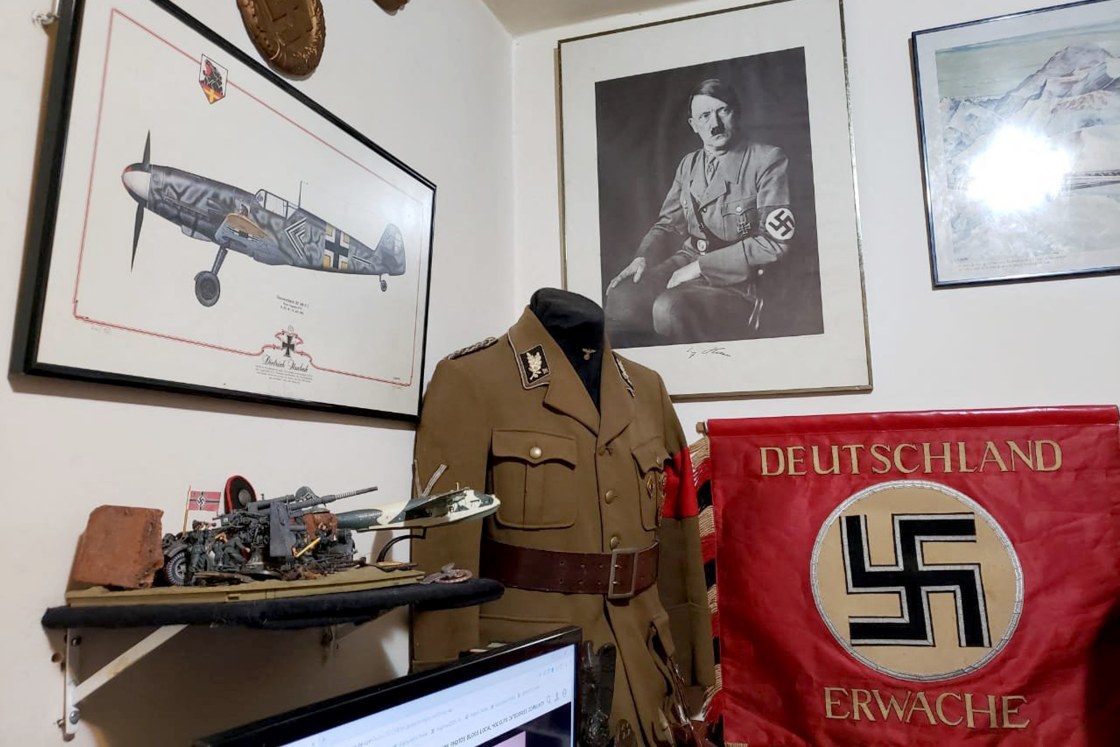 RIO DE JANEIRO — Police in Rio de Janeiro said Wednesday they had found a haul of Nazi memorabilia and weapons worth an estimated $3.5 million at the home of a Brazilian man suspected of raping a minor.

Rio’s civil police said they found more than 1,000 items at the home of the 58-year-old unnamed suspect, including Nazi uniforms, periodicals, paintings, Nazi insignia, images of Adolf Hitler, flags and medals of the Third Reich.

They also found guns and ammunition from the era.

The haul was discovered after police went to the man’s home to serve an arrest warrant on suspicions he had raped a minor and abused other children in his condominium in the west of the city. The suspect was also charged with illegal possession of a weapon and racial discrimination.

“He is a smart guy and articulate, but he’s a Holocaust denier, he’s homophobic, he’s a pedophile and he says he hunts homosexuals,” Luis Armond, the lead detective on the case, told Reuters. “I’m no doctor, but he seems to me an insane psychopath.”

Armond said the suspect came from a wealthy family of investors and likely had used his inheritance to build the collection. Armond estimated a high-ranking Nazi uniform would cost around $290,000.