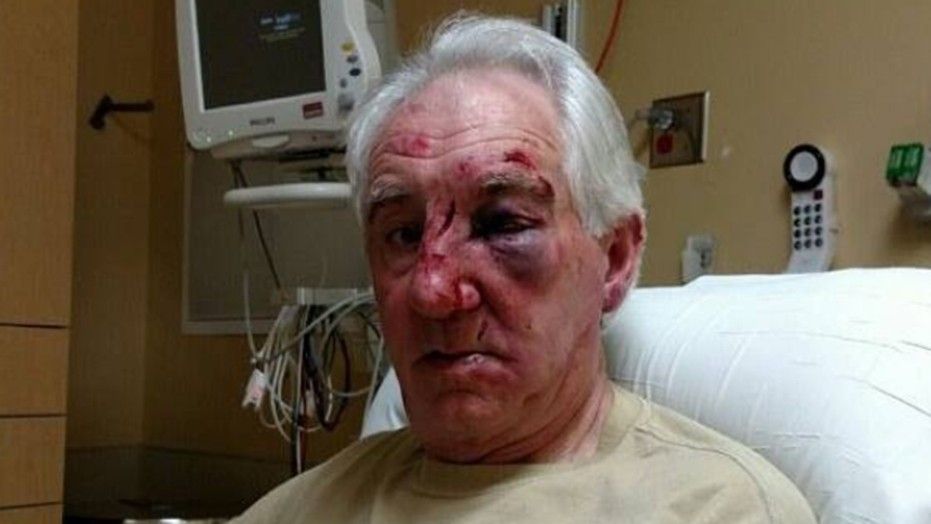 Minnesota investigators are looking for a dangerously violent man who fractured an elderly man’s face with his fists after a road rage incident.

“Anyone who would brutally attack a senior citizen in this manner is a clear danger to the public,” the Anoka County Sheriff’s Office said in a Facebook post Sunday that included a photo of the badly injured victim.

“Had enough?” the much younger attacker asked the victim after pummeling him for more than a minute, deputies said.

The victim, who was not identified, sustained multiple face fractures and several lacerations requiring many stitches in the Friday evening attack in East Bethel.