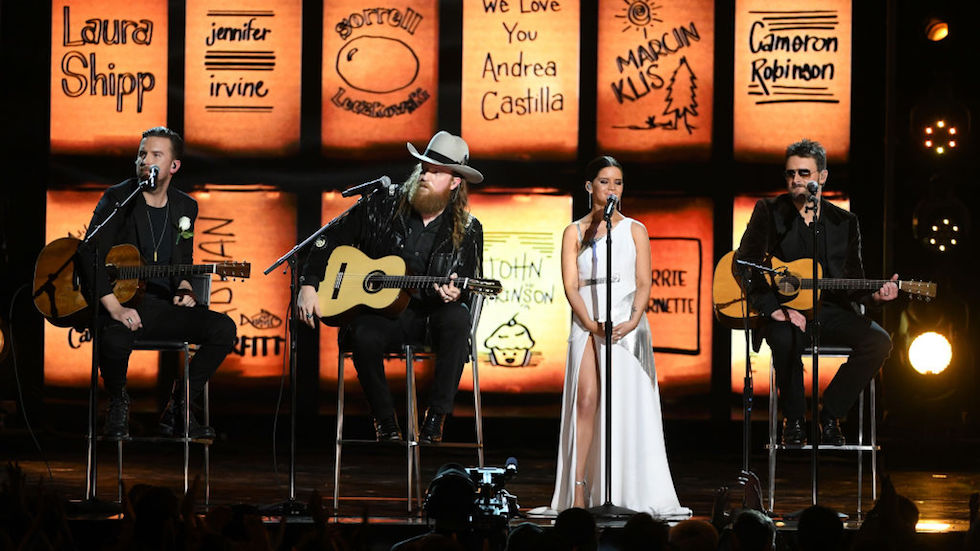 The politically-charged Grammy awards took a ratings tumble on Sunday night, falling 21 percent from the previous year.
According to Nielsen’s preliminary numbers, the broadcast drew 17.64 million viewers, compared to 26 million for the previous year’s ceremony — which featured performances by Beyonce and Adele.

Hillary Clinton appeared on this year’s show to read an excerpt from the bestselling Michael Wolff book “Fire and Fury: Inside the Trump White House.”

Clinton read an excerpt about the president’s habit of eating McDonald’s.

“He had a longtime fear about being poisoned — one reason why he liked to eat at McDonald’s. No one knew he was coming and the food was safely pre-made,” read Clinton, the 2016 Democratic presidential nominee, to laughs from the audience.

U.S. Ambassador to the United Nations Nikki Haley criticized the segment, saying it would be better to leave politics out of the ceremony — and especially the Wolff book.

“I have always loved the Grammys but to have artists read the Fire and Fury book killed it,” she tweeted to her 1.1 million followers on Sunday night. “Don’t ruin great music with trash. Some of us love music without the politics thrown in it.”