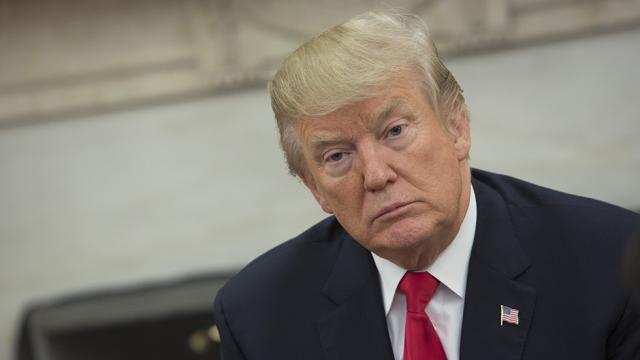 President Trump on Thursday suggested delaying the 2020 elections, something he does not have the power to do unilaterally, as he levied fresh attacks against mail-in voting.

Trump, who is badly trailing presumptive Democratic presidential nominee Joe Biden in national polls, framed the suggestion as a question and argued that with more mail-in ballots there would be more fraud.

There is no evidence to support the idea that either absentee or mail-in ballots increases voter fraud. It also does not appear that there will be universal mail-in voting this fall, though some states require mail-in ballots.

“With Universal Mail-In Voting (not Absentee Voting, which is good), 2020 will be the most INACCURATE & FRAUDULENT Election in history,” Trump tweeted. “It will be a great embarrassment to the USA. Delay the Election until people can properly, securely and safely vote???”

The tweet, which came on the heels of a dire report on the state of the economy, marked the first time Trump has raised the idea of delaying the November elections, an idea he previously rejected amid concerns about the coronavirus pandemic.

But the president has for weeks railed against the expansion of mail-in voting, which more and more states are embracing as an alternative to in-person voting during the pandemic.

Election Day takes place on the Tuesday after the first Monday in November, as determined by federal law. Moving the date would require an act of Congress.

The prospect of delaying the election was swiftly rebuffed by Republican lawmakers.